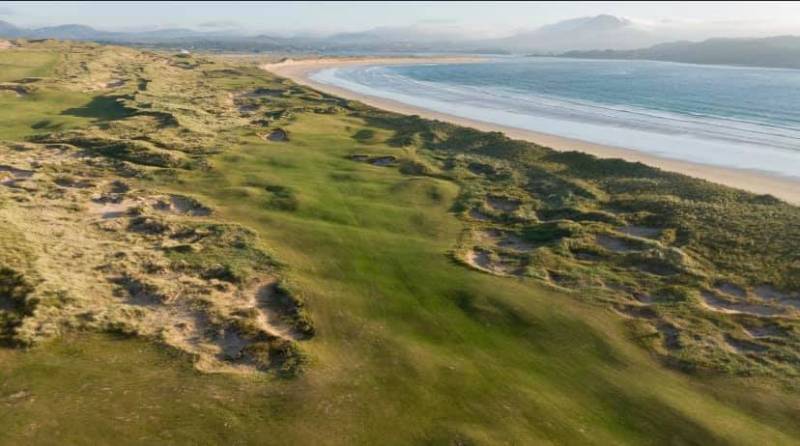 Rosapenna’s St. Patrick Links course has been named as the third best modern golf course in Great Britain and Ireland for 2023 by Golfweek’s Best Raters.

Four Donegal courses made the list, which only features courses built in or after 1960, and are ranked based off 10 criteria.

The St. Patrick’s links course, designed by Tom Doak which only opened in 2021, was ranked third, behind Kingsbarns and the Trump International links, both in Scotland.

Rosapenna’s Sandy Hills course also made the list, just about making it into the top 20, while Ballyliffin’s Glashedy Links was ranked in 18th.

Cruit Island, which has been praised on social media in recent weeks, was tied 27th, while the Donegal Golf Club in Murvagh was tied 39th.