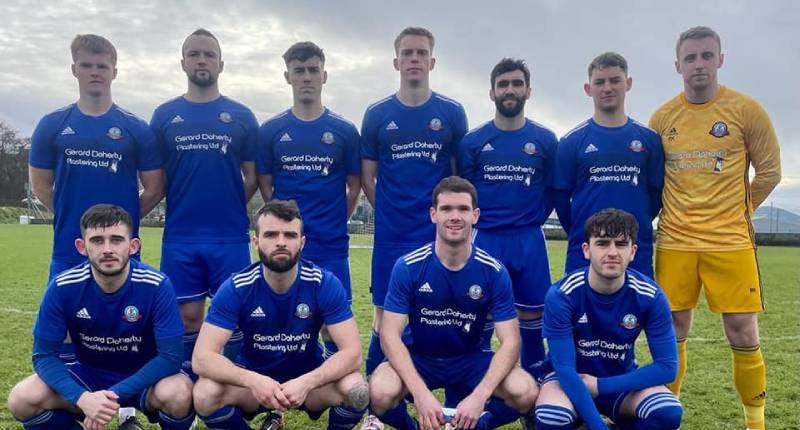 Buncrana Hearts have been handed a home draw against Salthill Devon in the 6th round of the FAI Junior Cup.

The Hearts are fortunate to receive another home tie, having defeated MP FC 6-0 on Sunday.

It’s a first time for the club to reach the last 16 and they are the sole Donegal representative left in the competition, as Castlefin Celtic were defeated 5-0 by Limerick side Ballynanty Rovers.

The tie is to be played the weekend of the 10th of February.

Salthill Devon reached the last 16 via a penalty shoot-out win over Clonmullion after a 1-1 draw in Athy .

The Galway side reached the semi-final of the 2021/22 Junior Cup but were knocked out by eventual winners Villa FC.

Carr calls for Sigerson to be played...

Ethan and Shane O’Donnell not in Donegal...