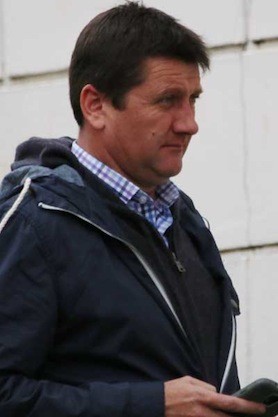 A man who threatened Fianna Fail Senator Brian O Domhnaill during a late night bust-up on a mini-bus has been ordered to pay €5,000 to charity.

Other charges of actual assault by another man against Senator O Domhnaill have been adjourned after the man also pleaded guilty.

It was alleged that he told the two men they could get a lift in a mini-bus back to where they were staying.

However the two men missed their stop and ended up “on a tour of North Gaoth Dobhair.”

The men were then left back to a local hotel An Chuirt where they got out.

However, the men protested and tried to get back on the mini-bus during which Sharkey was alleged to have become engaged in threatening and abusive behaviour towards Mr O Domhnaill with intention to provoke a breach of the peace.

The court heard that Mr O Domhnaill never got off the minibus and Judge Keenan Johnston said it should be noted that he was not in any way responsible for the incident.

Barrister Damian Crawford said his client had never been in trouble before and had lived in New York for 20 years.

He said the case had caused him serious distress and that his father was currently very ill in hospital.

“This was a simple matter that escalated into people being driven around the country in the middle of the night and people were annoyed. Mr Sharkey has never fallen out with anyone and wants to apologise to everyone on the bus,” said barrister Crawford.

He asked Judge Johnston not to record a criminal conviction but deal with the matter by way of a donation to charity.

Judge Johnston agreed the incident arose out of drink but said Sharkey was a 46 year old who had never been in trouble before.

He told Sharkey that if a sum in total of €5,000 was paid to the Friends of Letterkenny Hospital by April 1st, then he would not record a conviction against him.

Sharkey later returned to court and paid the €5,000 into court and Judge Johnston discharged the case.