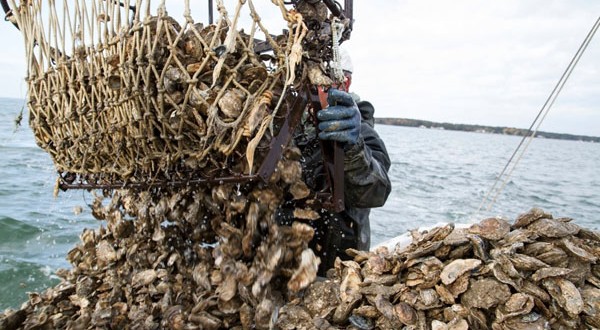 Robert Allan, 52, Transallagh, St Johnston admitted to the offence when officials inspected his catch, that was being offloaded onto a lorry at Ballybegley Pier, Manorcunningham on the 13th of September 2013.

The court heard how Mr Allan had 12 bags of Oysters ready to be offloaded, and three of those bags were randomly selected for inspection.

The court heard how Mr Allan had always been assisted by his son when he fished Oysters, however shortly before this incident his son emigrated and Mr Allan was forced to employ his brother-in-law who was less experienced in this sector.

All the catch was seized by the officials, and the Oysters were returned to Lough Swilly.

Mr Allan admitted that he had taken his eye off the ball when it came to closely monitoring the catch and accepted his punishment.

Judge Paul Kelly took into account that Mr Allan was a seasonal fisherman that fished from September to April, and that there was a significant financial loss when all his catch was returned to Lough Swilly.