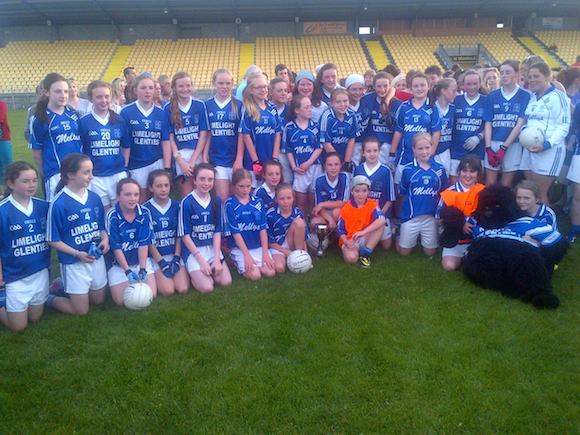 SEAN Connaughton is the toast of Glenties, Fintown and everywhere in between tonight after his U14 girls team played Termon off the park in the U14 A Championship final at O’Donnell Park, Letterkenny.

In one of the classiest performances seen in a county final at this level in years, the Naomh Conaill girls oozed confidence and talent from start to finish.

You can’t teach some of the skills on display, with the first thing each Naomh Conaill player doing was simple – looking up, finding a team mate and finding space.

Little wonder then that the girls in blue were 4-03 to no score up at half-time in the Letterkenny sunshine.

So good were Naomh Conaill in the second half that they limited Termon to just three scores – all of them points – whilst they went on to add three more goals and three more points.

Every player from the Naomh Conaill side played their hearts out, from goalkeeper to full forward.

But our Donegal Daily Player of the Match was the brilliant Amy Boyle Carr, whose stride and vision in possession was a simple joy to watch.

Commiserations to Termon who came up against a much better side in the final.

And congratulations to Naomh Conaill, half of whose team would grace any County Donegal squad.

Perhaps their manager Sean Connaughton might be around next year to manage the county?

With this performance, there would be no complaints.

Champions of Donegal! Naomh Conaill U14s won the A Championship