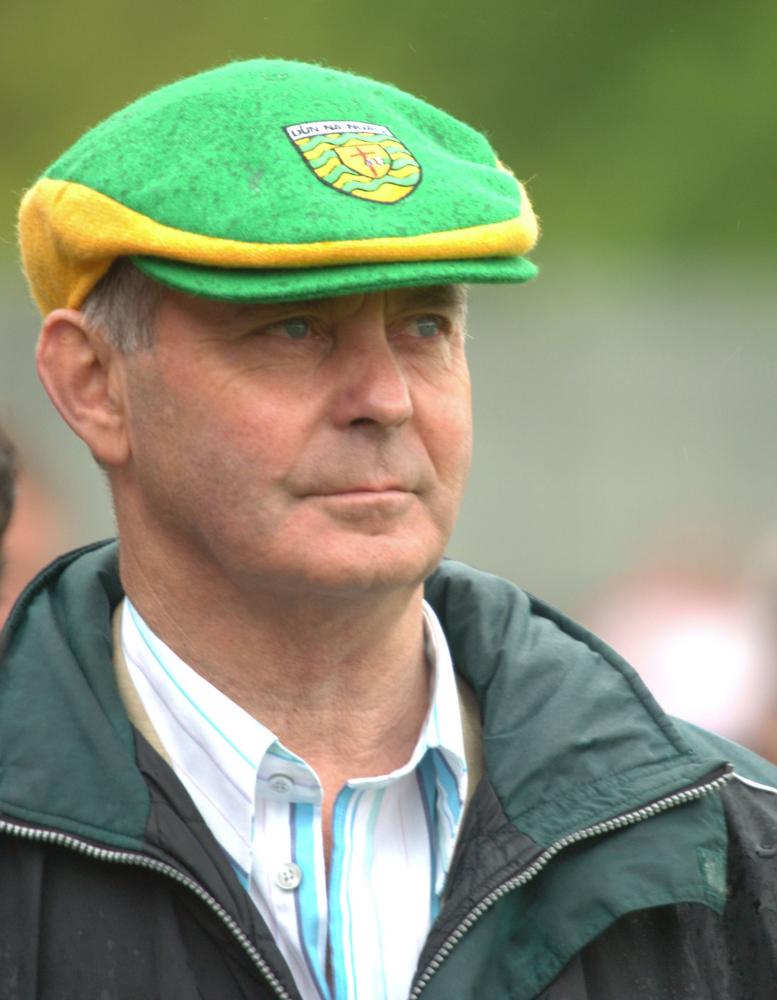 COUNTDOWN TO CROKER: MCENIFF – “MCGUINNESS HAS BEEN PLOTTING FOR DUBLIN ALL YEAR”

McEniff believes McGuinness has been plotting for Dublin all year.

Former All-Ireland winning manager Brian McEniff has said Jim McGuinness has been plotting to face Dublin all season, and will have a Plan A, B and C when the two sides lock horns at Croke Park, on Sunday.

McEniff who famously brought Sam back to the hills for the first time ever in 1992, admitted Dublin will provide formidable opposition but believes Donegal are capable of springing a surprise like they did in 1992.

Many GAA pundits and commentators have made Donegal rank outsiders to get a win against Dublin on Sunday, while some bookmakers in the capital are offering odds of 10-1  on a Donegal win.

However, McEniff believes McGuinness has the game-plan to frustrate the Dubs and the quality in the forward line to hurt them.

Although the Bundoran native did admit the form of Colm McFadden worried him ahead of Sunday’s game.

He told the Irish Daily Mirror, “Colm McFadden hasn’t been playing that well all year, but he has been isolated up front which isn’t easy especially when team double up on you.

“But I think Jim will have a different strategy for the match this weekend, he’s been preparing from the start of the year, like the players, with a view to playing an All-Ireland semi-final against Dublin.

“They knew that was further down the line, but it was always envisaged that the two would meet at this stage, so they won’t be unprepared for facing them that’s for sure.

“We haven’t hit the form we need to beat Dublin so far this year, but I’m sure it’s there.

McEniff admitted though if he was the manager he would approach the game in a different way to McGuinness, but added that he genuinely believed they could win the game although he thinks Dublin are on of the best sides that’s been around for a long time.

“He won’t be coming with just a plan A, he’ll have a plan B and C, because Dublin are an awesome team, there’s no point saying otherwise.

“I would expect Donegal have a good chance of winning on Sunday but then I’m one of those sort of people.

COUNTDOWN TO CROKER: MCENIFF – “MCGUINNESS HAS BEEN PLOTTING FOR DUBLIN ALL YEAR” was last modified: August 27th, 2014 by Mark Forker