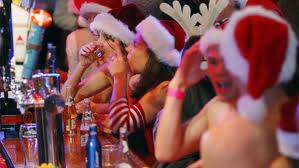 The Gardai have said they plan to object to any applications for late night drinks licenses for nightclubs in Letterkenny for Christmas Night.

Donegal drinkers will be left thirsty on Christmas night!

Inspector David Kelly told Letterkenny District Court today that Gardai plan to object to applications for licenses as has been made in previous years.

Last year Gardai objected to late night licenses for December 25th/26th on the grounds that it led to public order offences.

While pubs across the county are closed on December 25th, many nightclubs traditionally open especially at midnight for festive party-goers.

However Gardai locally have objected to a number of applications for special exemption orders for bar licenses.

Garda Inspector David Kelly told Letterkenny District Court that they will be objecting to the granting of such licenses.

In previous years Gardai objected to the rganting of licenses because of the lack of public transport and taxis on Christmas night and the history of public order offences.