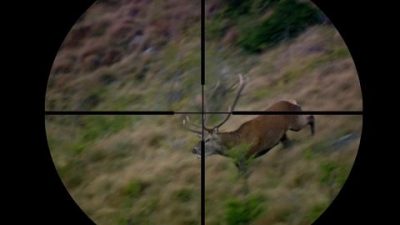 A man who pleaded guilty to two counts under the Wildlife Act has claimed he was merely shooting deer to prevent the spread of tuberculosis.

Damien Whoriskey claimed he had lost 13 cows from his farm through TB and blamed the spread of vermin including foxes and badgers.

The 30 year old, who previously pleaded to two counts under the Wildlife Act, appeared at Falcarragh Court today, in a bid to have his shooting license restored.

However, Garda Superintendent David Kelly said he was objecting to Whoriskey getting his license back.

He said the objections were for two reasons – that Whoriskey shot three deer (including a hind) out of season and that he shot them from a public road.

The court heard how on March 3rd, 2015 he had gone to help a friend put up hoarding to shelter a house at Maghery.

The pair finished early and as they were heading home, a deer ran out in front of them on the road.

Whoriskey said he had his gun with him and took a shot at the deer which was about 20 yards off the road up a hill.

He said he found the deer dead, bled him and then put the deer not the van and drove off.

A mile up the road, they were stopped by Pat Vaughan, head wildlife ranger at Glenveagh National Park.

Mr Vaughan asked Whoriskey, from Keeldrum, Gortahork, if he had shot a deer and Whoriskey said he had and showed the dead deer to the ranger in the back of the van.

He said he was shocked to be stopped by ranger Vaughan as he had thought the shooting season extended into March.

Ranger Vaughan told Whoriskey he was seizing his rifle.

Another approach while this was going on and said “You aren’t the boys I’m looking for.”

The man said he had encountered problems with people shooting deer for the past five years.

Mr Whoriskey told the court that he was having a lot of trouble with deer coming onto his land, eating his silage and it was costing him money.

He also gave evidence that he had lost a total of 13 cows, which were heavily in calf and he believed it was from the spread of TB through vermin including wild deer.

Solicitor for Whoriskey, Patsy Gallagher, said his client had no previous convictions and had undertaken a course to receive his license form a recognised dealer.

He said his client had pledged guilty to the two previous charges under what he termed the “old poaching act.”

He added that his client had no mental health problems and that the area in which the deer were shot was a very rural area.

The court was told that the nearest house to the area of the last shooting was two miles away.

Judge David Kelly asked Whoriskey if it would be normal to carry his rifle in somebody else’s van?

Whoriskey replied that he was passing by his own lands and that is why he took the rifle with him.

Judge Kelly adjourned the case until December 21st and suggested that Whoriskey wasn’t quite as innocent as he made out to be but that he is a person of general good character.

He said that it should be reinforced to Whoriskey about the timing and conditions of the granting of a gun license and if he was then satisfied, he would be disposed to granting the application for the restoration of the gun license.