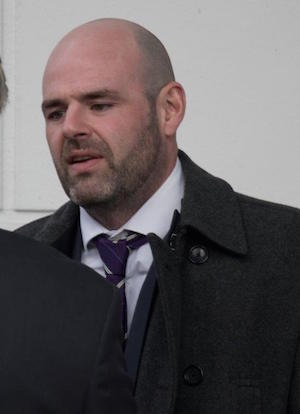 A man has escaped going to jail after telling a Judge that a cannabis grow-house which Gardai found him in charge of was to help his ill son.

Christopher McDaid was found in possession of the drugs when Gardai raided a house in Carrigans in October, 2015.

But the father-of-one, aged 33, said he was growing the plants so he could treat his son who had a rare genetic disorder.

McDaid appeared at Letterkenny Circuit Court where he pleaded guilty to possession of a controlled drug and cultivation of cannabis without a license at The Haw, Churchtown, Carrigans on October 23rd, 2015.

The accused man’s legal team argued that he was growing the cannabis because he believed it could ease the symptoms of a rare disorder his son suffers from.

McDaid, of 41 Farmhill, Foylesprings, Derry, had carried out research into treatments for his ten-year-old son who suffers from Ataxia-Telangiectasia (AT), a rare, neurodegenerative disorder for which there is no cure for.

When Gardai raided a rented house along the border in the village of Carrigans, they found two grow tents containing ten plants each.

Sgt Joe Kealy told the court that more than 80 smaller plants or cuttings were also discovered and that work was underway to increase the size of the operation.

The ESB connection to the house and McDaid, who has a degree in marine science, was arrested at the scene after it was put under Garda surveillance.

McDaid said the owner was living abroad and said the idea behind the cannabis cultivation was medical – to help treat his son and also his father, who is seriously ill.

Barrister Seán MacAodha said McDaid had carried out research into the condition his son suffers.

The growing of the plants was to help his son and was not for profit, he said.

During his research, McDaid came across the case of a family in Canada with two children who suffer from AT. When treated with cannabis oil, the girl and boy were “walking within two weeks”, Mr MacAodha said.

“This was his aim. He was doing it to help his family and they were not to be sold on the street,” he said.

Mr MacAodha said McDaid’s son was born in New York, where he and his partner had lived, but they returned home due to the cost in the US of tests the child required.

The maximum lifespan for sufferers of AT is 25, Mr MacAodha said, but for McDaid’s son, it is likely to be closer to 18. However, the latest medical review showed he was “probably looking at less than that”.

He said McDaid had been carrying out research for years into the benefits of cannabinoids and the treatment does have a beneficial effect in terms of palliative care and the easing of symptoms.

Judge Nolan said the explanation given by McDaid, was a credible one.

“It seems he was not in this enterprise for profit and he had no intention of the selling drugs on the market,” Judge Nolan said.

The judge said that considering all the factors and that McDaid had no previous convictions, the offence did not merit a custodial sentence.

He sentenced the accused to one year in prison but suspended it one year.