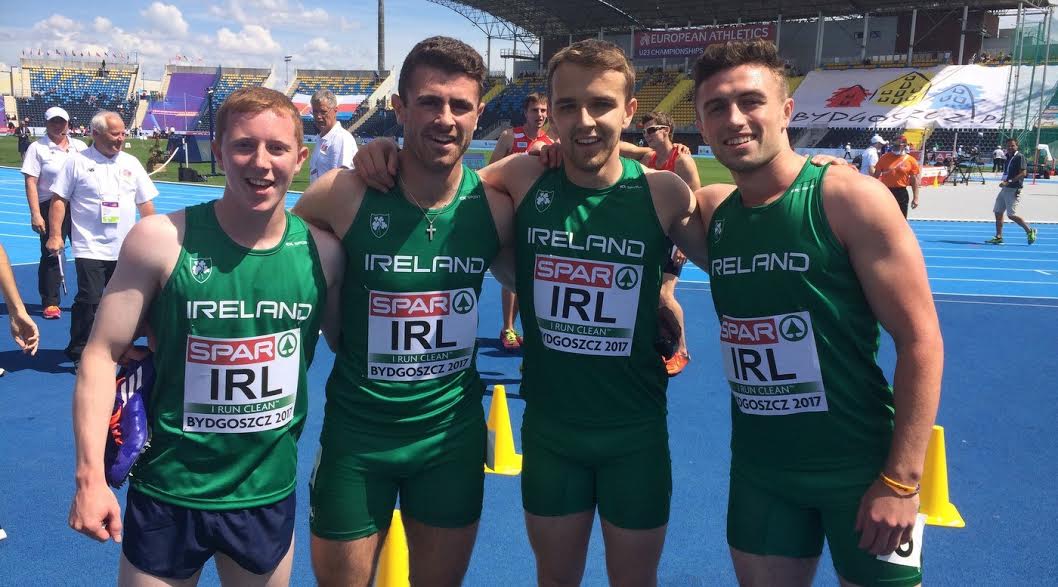 Donegal athlete Karl Griffin will line up in a European final tomorrow.

Donegal town’s Griffin, now of UCD AC and formerly of Tir Chonaill AC, was a part of the Irish 4x400m relay team that booked a place in tomorrow’s final at the European Under-23 Championships in Poland.

Alongside Craig Newell, Harry Purcell and Andrew Mellon, Griffin is looking forward to the final in Bydgoszcz.

The Irish were in heat one and, running in lane 4, finished fourth fastest in 3 minutes and 7.63 seconds. They were behind Germany, Great Britain & NI and Italy in the heat, but did enough to advance.

France, Belgium, Poland and Romania have also booked their spots in the final.

Of his leg of the run, Griffin said: “Harry gave me the baton in a great position. I just wanted to keep in touch with the Italian lad.”

Griffin, an 800m runner, ran a fine last 150m of his leg to close the gap and Mellon finished off with a good final leg for the Irish.