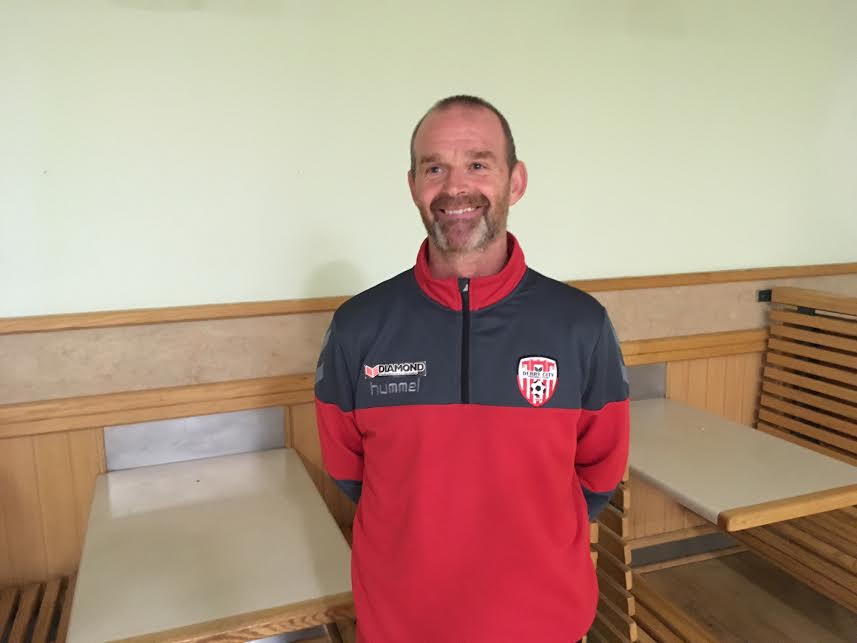 John Quigg has hailed the Donegal influence on the latest batch of emerging hopefuls at Derry City.

Since Derry City Reserves returned to the Four Lanterns Ulster Senior League, the conveyor belt hasn’t ceased at the Brandywell.

On Monday night, James McClean was the Irish hero in Cardiff with the magical goal that sealed the Republic of Ireland’s place in the World Cup play-offs.

McClean played in the USL with Derry before breaking into the first team.

Stephen McLaughlin did likewise and is now at Southend United.

Others like Patrick McEleney, Michael Duffy (both Dundalk), Davy McDaid, Patrick McClean (both Waterford) are elsewhere in the League of Ireland while Ciaron Harkin is in flying form at Coleraine, penning a new contract in the last month.

“The senior players who don’t play and the 17s and 19s play. The benefits we’ve seen have been absolutely fantastic.

“It benefits the Ulster Senior League and it definitely benefits Derry City. They’re playing against men and it’s fantastic for them.”

The Derry Under-19s and Under-17s are in national action on Saturday while Derry’s first team have games against Finn Harps and Cork City on Friday and Monday.

That means it could be a shadow team that heads to Swilly Park to take on Swilly Rovers in the Four Lanterns Ulster Senior League on Sunday.

“I have no problem taking the lads from the benches of the Under-17s and Under-19s,” says Quigg.

“These games are perfect for us. I don’t have a problem putting out a very young team. The boys learn so much from this.

“In general, the Ulster Senior League is great for our development. Winning isn’t what we’re about. Obviously we want to win, but it’s not the prime focus.

“Other clubs in the League of Ireland are envious of what we have here. Dundalk, Shamrock Rovers, them all, are asking about it at every meeting we go to.”

The current crop of players hoping to win the gaze of Kenny Shiels, the Candystripes’ senior manager, include a large contingent from Donegal.

They include the likes of Adrian Delap, who has already been on the fringes of the first team and who is being touted as a player with a big future.

Quigg said: “Three-quarters of the Derry City first team have played in the Ulster Senior League. I’m at Derry now 12 years. Myself, the likes of Eddie Seydak, Ronan O’Donnell, Gary Duffy and Hugh Harkin have all been working well. Eddie started off the USL thing and it’s been brilliant.

“It was the first step. You look at McClean, the other night, he came into us from Institute and flourished, but he didn’t go right away into the first team. We didn’t have an under-15 or under-17 team at the time, or we could have had Shane Duffy (Ireland’s Man of the Match on Monday) too.

“The Ulster Senior League is the step between underage and senior level. Kenny (Shiels, Derry City first team manager) is at every game. He is an ardent supporter of it and they will move on.”

The draw was made last week for the second round of the FAI Intermediate Cup. Cockhill Celtic have been drawn at home to Swilly Rovers while Letterkenny Rovers have been given home advantage for a derby meeting with Bonagee United. Games to be played on Sunday, October 22nd.