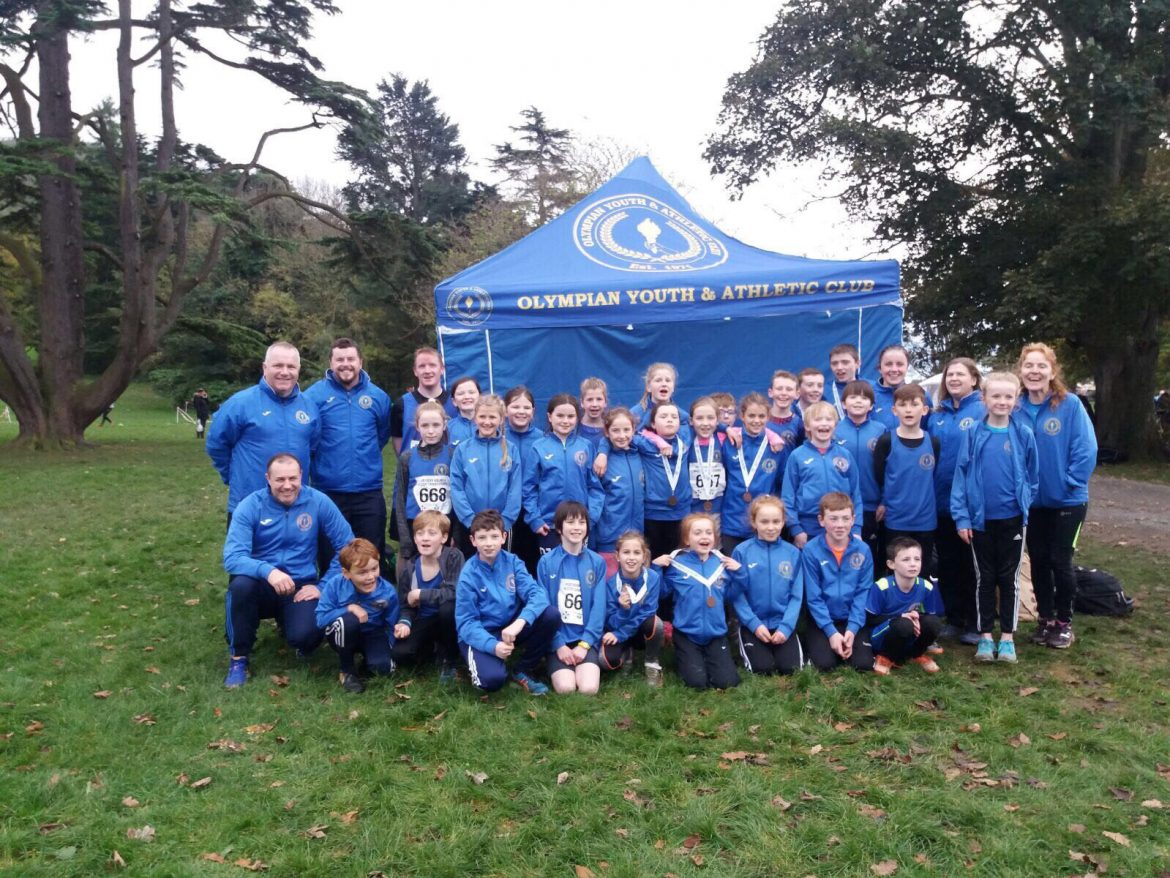 With top three medals, All Ireland qualification places for top 12 runners and top three club and county team medals up for grabs, the competition could not have been any fiercer, and all our Olympian’s rose to the challenge and competed with great heart.

The girls brimming with confidence from their Gold medal at the Donegal Cross Country Championships, worked hard together as a team yet again and prevailed with a brilliant Bronze team medal.

Boyd Russell just keeps going from strength to strength in the u12 boys race.

Yet again it was between himself and Caolan McFadden of Cranford in a tightly fought race throughout.

Boyd was also first counter for the victorious Donegal County team so it was double Gold and double delight for young Boyd.

Sean McGinley was simply in a class of his own. As the race unfolded he put clear distance between himself and some of the best runners in the province and in the end was the clear winner of the u16 Boys race and added an extremely well deserved Ulster and Northern Ireland Cross Country Title to his ever growing collection of cross country Gold medals.

Sean was the first counter for the Donegal County team that gained a brilliant team Silver medal.

One of Olympian’s most improved athletes, Nuala Bose, competed with great heart out of her skin yet again in the u14 Girls race, coming a very creditable 24th overall.

She was also the 5th counter for the Donegal County team meaning that she bagged herself an extremely well deserved Bronze medal and a place at the All Ireland Even Cross Country Championships with her club mates, Boyd and Sean.

Again every single one of our Olympians competed with such great heart and certainly gave it their best, which you couldn’t ask for any more. Olympian’s full results are as follows:

Training will continue every Tuesday night at 7:00 – 8:15pm and Saturday mornings from 11am till 12.15pm at the Glenswilly pitch. 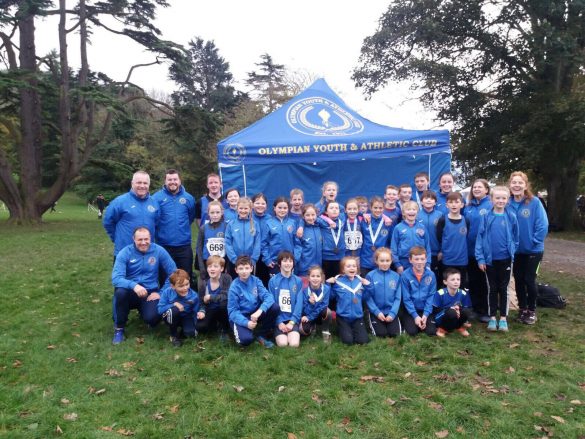 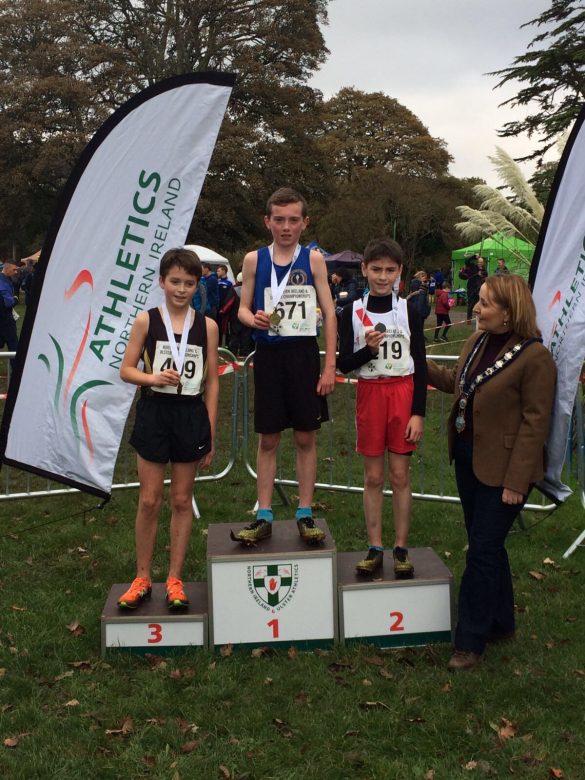 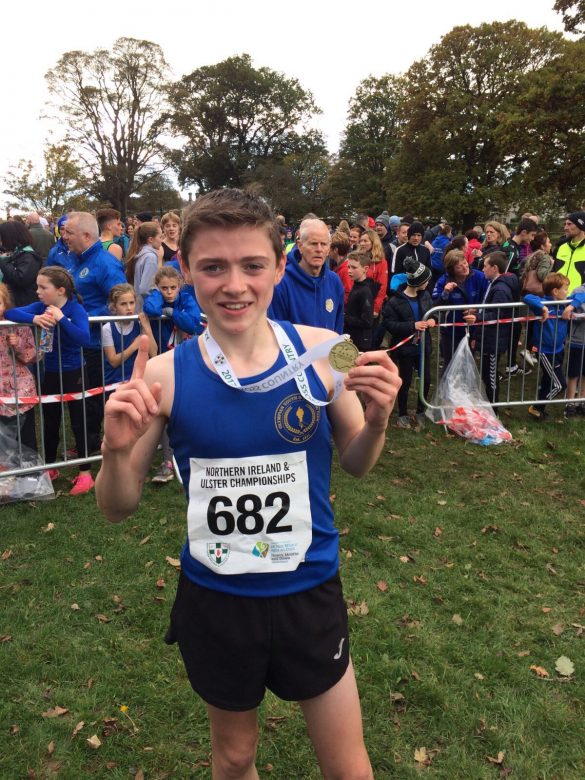 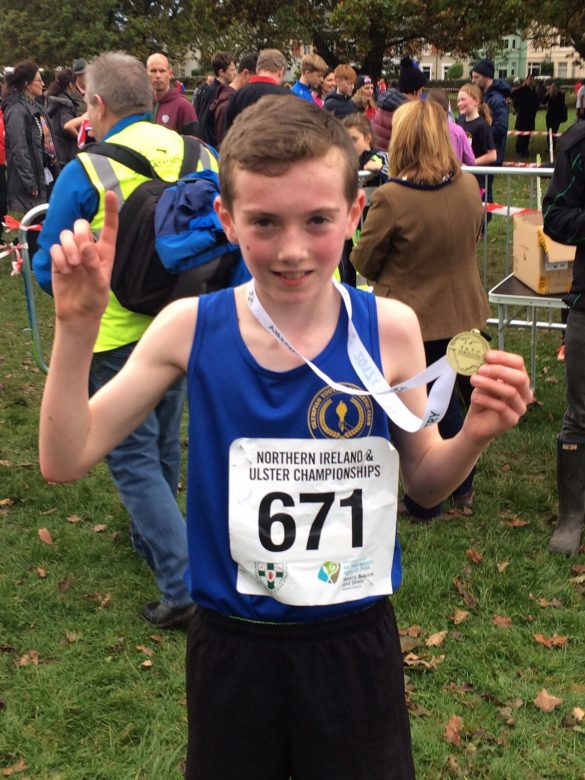 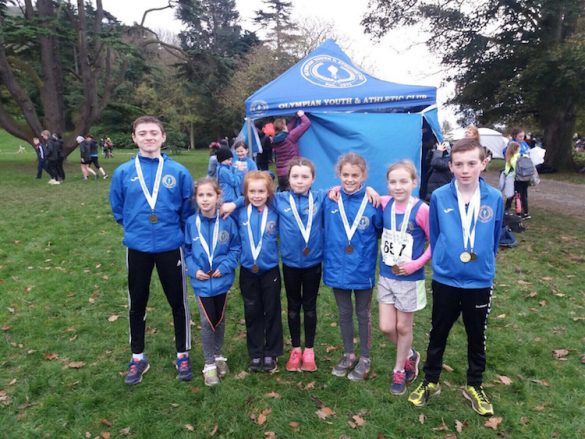 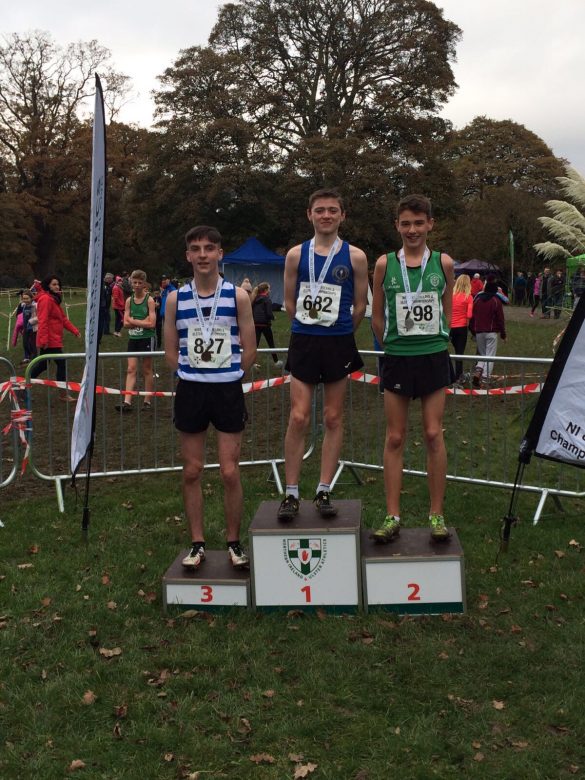