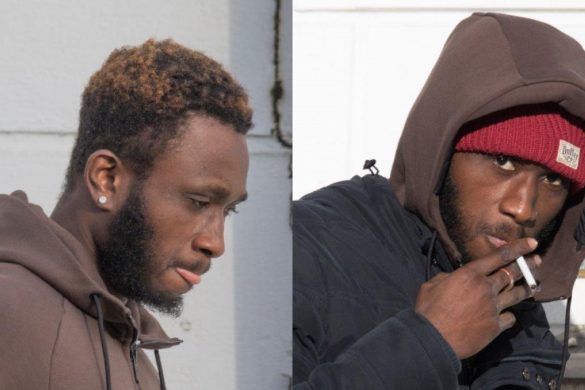 Two men, one of whom became embroiled in an identity enquiry, appeared before Letterkenny District Court charged with credit card fraud.

Kwabna Kei and Drissa Dembele were charged with the offences at Dillon’s Hotel on November 23 last.

The accused were charged with theft and fraudulent offences.

Questions arose over the identity of Kei, of 16 Tudor Lawns, Foxrock, County Dublin, who was subsequently given a two-month suspended prison sentence.

A bank card tendered to make a reservation at Dillon’s Hotel was traced to an account in Germany.

Kei could not provide documentation to Gardai.

“He was very evasive,” Garda Stephen Moyles told the Court.

Kei, the court heard, entered the state lawfully in 2006, but had given his date of birth then as 25/8/1987. He said he had been ‘obeying a man’ in order to see his family when he first came to Ireland. His mother has since passed away and his father lives in Ghana.

Gardai verified that Kei’s passport, stating his date of birth as 31/12/1989, was a genuine passport, but questioned if the passport was Kei’s.

“I have cut my hair, since my uncle did not like it,” Kei told the court.

Kei lives with a man in Foxrock, who is a friend of his girlfriend.

Judge Alan Mitchell said there was an identity issued that had to be clarified and refused bail.

Kei, originally from Ghana, opted to tender a guilty plea to the charges and the case was heard.

Gardai were alerted by staff about a reservation that was made on November 22. Staff became suspicious after noticing that the reservation was made over the phone and the name wasn’t compatible with any people who were in the room.

“Our suspicions rose when we located two cards and they weren’t issued to anyone in the room,” Garda Moyles said.

Gardai detected a strong smell of cannabis in the room. Kei admitted that the €20 of cannabis herb found was for his own use.

A loss of €109, the price of a room and ‘half a breakfast’ had been incurred.

“They were dining when we arrived,” Garda Moyles said.

A female, from the Derry area, was also present and interviewed, but was not charged.

“She didn’t know what was going on,” Garda Moyles said.

Solicitor for the accused, Patsy Gallagher, said Kei was a 27-year-old man who was in a relationship and expecting their first child.

“He came to Letterkenny with another individual and stayed for two extra days,” Mr Gallagher said.

“He has no previous convictions and the matter has been dealt with in a very quick space of time.”

“Credit card fraud is a disaster area as regards the amount of fraud being perpetrated,” Judge Alan Mitchell said.

“It may be that financial institutions take a hit, but it falls back on the customer. I have to send out a strong message here.””

Kei’s co-accused, Dembele, of 20 Monksfield Lawns in Clondalkin, Dublin, who has one previous conviction, was instructed to sign on at a Garda station in Dublin three times per week and is to be contactable 24 hours a day.

Dembele was, an Irish citizen, is not currently in receipt of social welfare. He had been working, but has since left to return to education.

Judge Mitchell granted bail on Dembele’s own bond of €300 to appear before the December 21 sitting of the court.