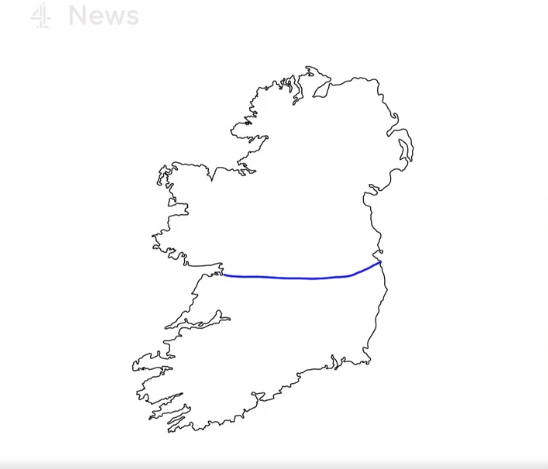 Watch: This is what happened when British people were asked to draw the Northern Irish border

Channel 4 has this week released a video of British people attempting to draw the Northern Irish border… and some attempts left a lot to be desired.

Donegal is frequently left out – with some people simply drawing a haphazard line in the middle of the country.

When asked further about the border, some people were completely clueless.

One man mistakenly stated, “it’s pretty much always been an open border.” The same man also said that Ireland should leave the EU to “solve the problem”.

One woman said: “I do think that the Irish are just making trouble because they lost. It’s a bit petty isn’t it really? The Southern Irish have to lump it basically, you can’t always have what you want in life.”

Another young man said that they are not taught about Northern Ireland in school.

“As a younger generation we don’t know much about it, we can’t even draw the border. We don’t learn this kind of thing, it’s not something that is taught to be honest.”

The video has sparked debate on Twitter, with user @conor_crean writing: “Their education system has an awful lot to answer for. I understand when they are confused about far away parts of the former empire but we’re right next door.”

Watch: This is what happened when British people were asked to draw the Northern Irish border was last modified: November 29th, 2017 by Elaine McCallig
Facebook0Tweet0LinkedIn0Print0
Tags:
borderchannel 4IrelandNOrthern Ireland