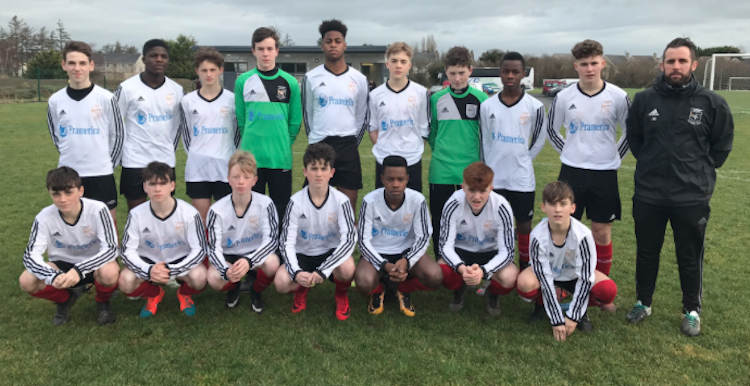 It was a super Sunday on Shannonside for Letterkenny Rovers U15s to savour as they had a resounding and comprehensive 3-1 win over Newcastlewest Town in the last 32 of the SFAI National Cup.

Rovers were rocked when the home side restored parity but Rovers were not to be denied when a cracking 20 yard freekick from Joel Gorman in the stroke of half-time restored the advantage at a crucial stage.

James Bonner’s men then upped the ante and ensured the win when a fine strike from Nathan Plumb made it a mountain to climb for the hosts.

Rovers have a home date in the last 16.