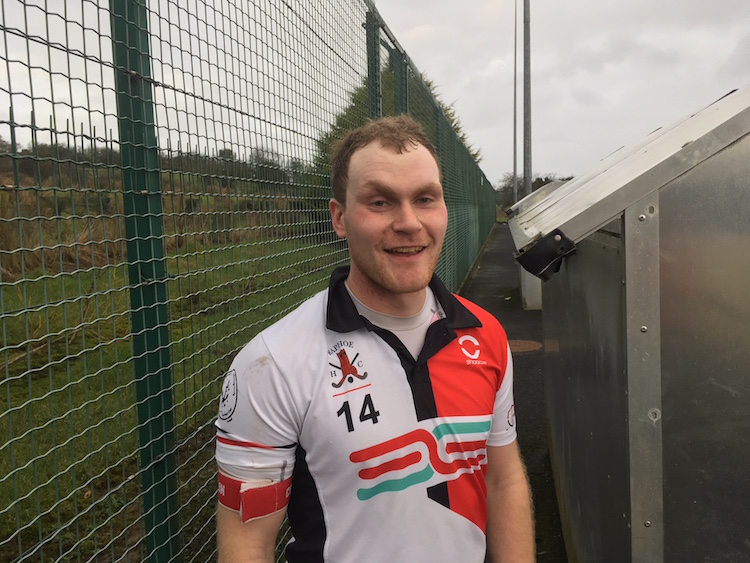 Listen: Simon Goudie says Raphoe must look up instead of down

Simon Goudie wants Raphoe to start looking up instead of down.

Raphoe earned their first win of the season yesterday as Goudie pounced to strike the late winner in a 3-2 victory over Antrim at the Royal and Prior School Grounds.

Goudie believes Raphoe are capable of establishing themselves mid-table in the Premier, but a mid-table side that aims up.

“We have seven or eight young lads on the team,” Goudie said.

“The schoolboys are really helping us.”

A first triumph of the 2017/18 campaign could hardly have come at a better time.

He said: “It was very hard. We dominated the ball and were creating chances, but the final pass and decision making killed us.

“Their keeper made some good saves, but thank God we finally got it at the end. We kept trying and kept going.

Listen: Simon Goudie says Raphoe must look up instead of down was last modified: January 28th, 2018 by Chris McNulty