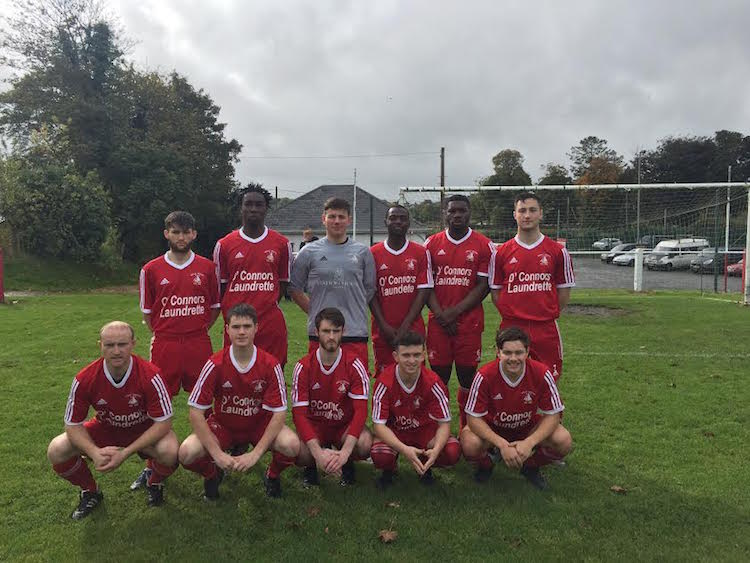 USL – Crossan determined to keep fighting in the trenches with Swilly

Gerry Crossan retains an enthusiastic demeanour when others might well have thrown the towel in.

Swilly Rovers have had a trying, testing campaign and have yet to win a Four Lanterns Ulster Senior League game this season, but Crossan insists that the hard yards now will be worth it in the long run.

They are proud of their tradition by the banks of the Lennon and, even half-a-century on, they remain wedded to their Junior Cup successes of the 50s and 60s.

Crossan has watched a deluge of players swing out the door for pastures new in the last year, but has vowed that his youthful Swilly will keep on battling.

“We are going through a difficult spell in the results, but there is a benefit here that young players come in and get a chance to show what they can do,” Crossan says.

“It’s obviously a tough season and people look at the position in the League and the points, which is fair enough, because that’s what people do, but those same people don’t realise the positivity that is in the club at the moment.

“We are in a position now where we can reward players who come through the club. We have shown them that there is a pathway. There is a strong club here at Swilly Rovers.

“We have some very bright young players here. Obviously it would be ideal if we had 11 men in their mid-20s to line out every week and who were highly-experienced Ulster Senior League players. We don’t have that luxury.

“The last day against Derry City Reserves, we had seven players who have come through our club at underage level.  We finished with five current youth players.

“We were superb for maybe an hour against Derry. Again, it came down to individual mistakes we made, but most of our players are teenagers.”

It certainly jars that Swilly will take on a title-hoping Fanad United in Ramelton on Sunday and the opposition dressing room will have seated some of those who cut their teeth across the hallway.

Swilly will need little motivation ahead of a challenge with the old enemy this weekend. Crossan is realistic about the hopes, but is in it for the long haul.

He says:  “You might say they’re getting a chance before they should and that they’re having to learn the hard way, but the atmosphere and the mood is superb.

There is no defeatism and there is no feeling sorry for ourselves. There is none of this: ‘What’s the score going to be today?’ doing the rounds.

“We know the journey that we are on. There is belief there, real belief.

“We know we have to be patient and build it up.”

Even since Christmas, Swilly bid farewell to goalkeeper Sean Friel, who has moved to Donegal League leaders Kildrum Tigers, but Crossan remains unbowed.

He says: “We are making individual errors, but you’re going to get that with a team full of young players. We know that and we accept that. It is a big learning curve, but we are all in this trench together.

“It is at times like this where you see who you want around the dressing room and the club. We will get back and we have seen the players who are willing to dig deep.

“We’re being out-muscled and out-played at times, but we will be back next year and we will stay on course.”