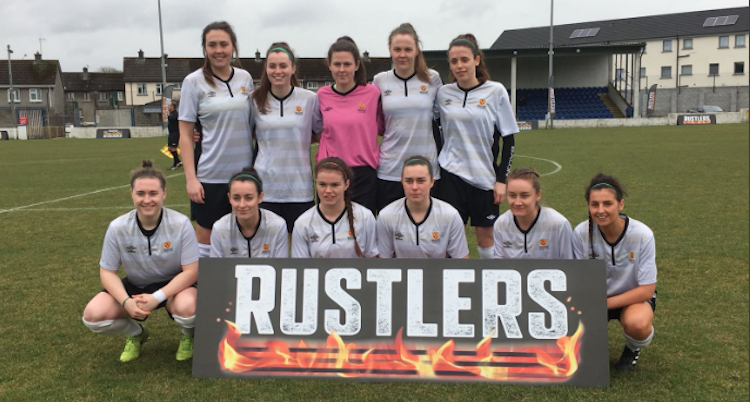 Roma McLaughlin and IT Carlow toasted glory in a gripping Rustlers WSCAI Kelly Cup final in Limerick this evening.

Greencastle woman McLaughlin was to the fore as IT Carlow edged a 1-0 win thanks to a last-gasp goal from Chloe Moloney.

Just as the final was heading for penalties at Jackman Park, Moloney popped up with the winner.

McLaughlin earlier this week was confirmed as having signed for Women’s National League side Shelbourne for a second season.

And the Inishowen native showed her worth with an influential display as IT Carlow took the silverware.