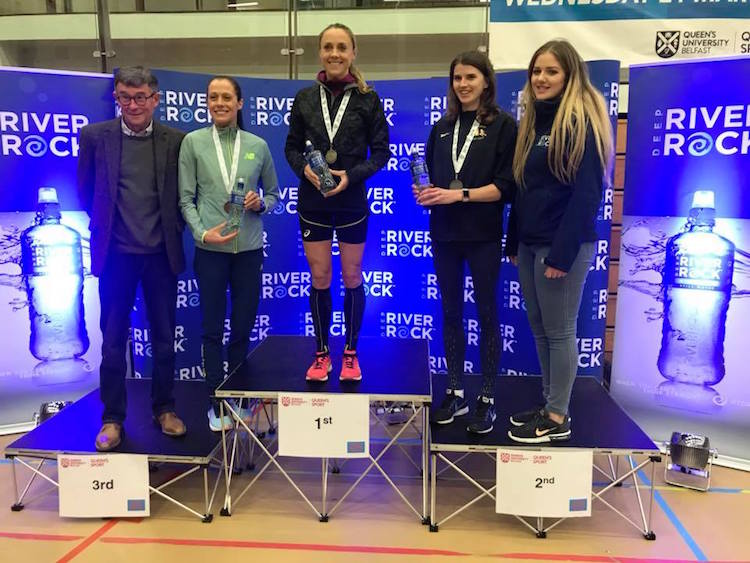 Burke, whose previous best over the distance was 17 minutes and three seconds, clocked a record 16:44 in Belfast to finish second overall in the Queen’s 5k.

Burke finished second behind Rio Olympian Kerry O’Flaherty (16:13) and beat Kelly Neely, who finished third and recorded a PB by an incredible 47 seconds.

Burke, who won the National Novice Cross-Country Championship title in December, had targeted breaking the 17-minute barrier and came close when completing a charity 5k in 17:03.9 earlier this month.

Last night, though, she broke her mould and significantly lifted the bar.

“That was a massive run,” her coach, Sean McFadden, said.

“Kerry O’Flaherty is one of the top athletes over the steeplechase and Kelly has gone to the Commonwealths – to split those two and to get on the podium is brilliant.” 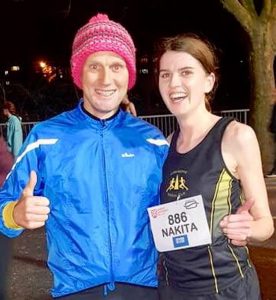 McFadden said: “The girls she is competing against are all on high performance squads, doing strength and conditioning work. We know ourselves what she needs to make an Irish team – she’s got to be in 16:20-16:40 territory. She’s not far away and has youth on her side.

“To break the PB by 20 seconds was a massive jump. It will get harder, but she’s only doing 45-50 miles a week at the minute and has only started into the strength and conditioning work.

“To get onto the podium last night will open a lot of doors. We’ll move forward now to the mini marathon and target that. There’ll be a lot of big hitters there, so getting a top six or top seven finish would be the aim.”