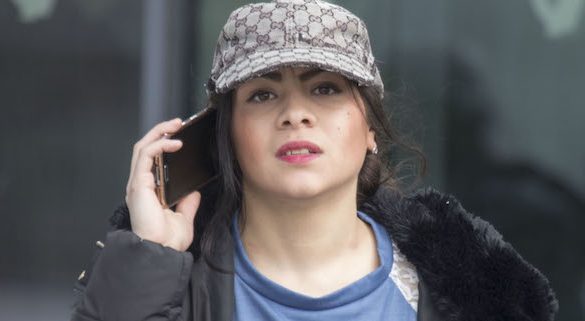 A young woman used a stolen credit card to defraud 14 different shops out of goods in a robbery spree.

Sarah Mihai appeared at Letterkenny District Court where she pleaded guilty to all the offences.

The 20-year-old, of Woodview Terrace in Stranorlar, committed all the offences over a two week period.

On one day, November 17th, 2017, Ms Mihai used the card to steal from seven different stores.

The stores which were defrauded included Private Collection at the Courtyard Shopping Centre, the Coffee Station, Easons, Callaghan’s Excell, Mace in Stranorlar, Centra at Navenney Street, Ballybofey, McDonalds in Letterkenny, Dealz in Letterkenny, Ballybofey and Boots Pharmacy in Letterkenny.