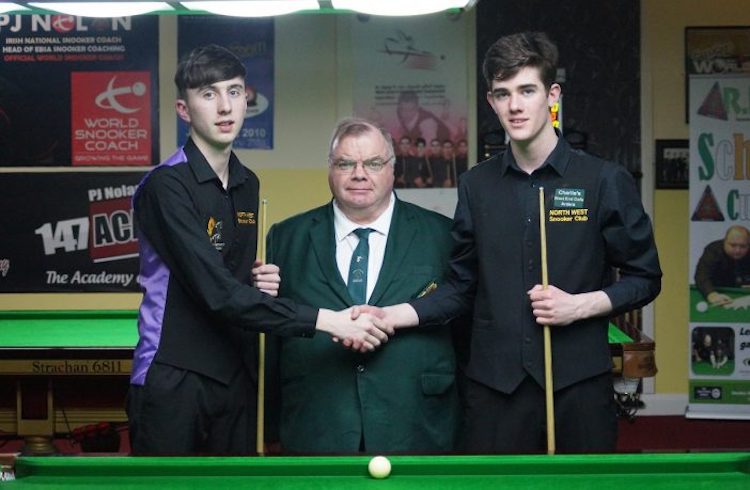 The first ever all Donegal Final was played at the third RIBSA U-18 qualification ranking event for the 2018 IBSF World Under 18 Championships on Saturday the 7th of April in the Ivy Rooms Snooker Club in Carlow.

In the final Ronan Whyte beat his club mate Sean Devenney 3 frames to nil to take the title.

Devenney and Whyte from the North West Snooker Club in Letterkenny competed against each other for the title after both players had excellent wins in their semi-finals when Ronan beat Ross Bulman from Youghal CYMS 3-2 and Sean beat Aaron Hill from Crucible SC 3-2.

In the final, in frame 1 Ronan started off with a superb 50 Break to go 1-up.

Ronan won a tight second frame to go 2 nil up.

In frame 3 Ronan again got in early to win the frame and match 3 frames to 0 for a superb victory.