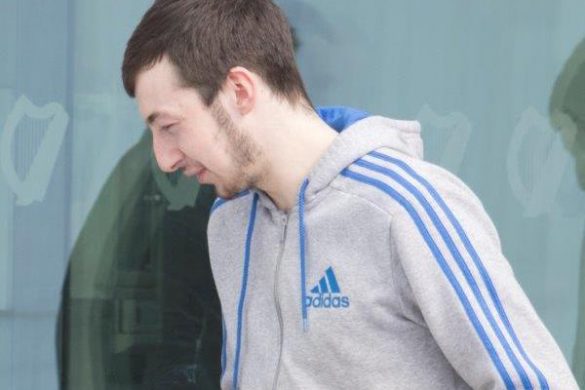 A Judge has ordered a probation report for a Newtowncunningham man, who had to be restrained and resisted arrest after giving Gardai a false name.

20-year-old Scott Magee, of 1 Coill Na Ros, Newtowncunningham was before Letterkenny District Court charged with an offence on 17 March, 2017.

Inspector Sean Grant told the Court that Magee was observed in a ‘violent altercation’ at 2.50am.

“He had to be restrained and he restricted the use of his arms to Garda Marron,” Inspector Grant said, adding that Magee was ‘slurring his words’.

Magee, the Court heard, became ‘awkward to deal with’. When cautioned, Magee gave Gardai a false name and address, but officers noticed that he had been called ‘Scotty’ by others in the vicinity.

Magee is charged with using threatening, abusive, insulting behaviour, refusing to give his name and address and of obstructing a peace officer.

Solicitor for Magee, Gordon Curley, said his client was ‘in a very bad period of his life’ at the time.

“It culminated in drinking quite heavily for a period of time,” Mr Curley said.

“He has been able to rectify a lot of matters that were going on and he is out the other side.”

Mr Curley said his client does not ‘over indulge in alcohol and is due to commence employment in Scotland in a couple of weeks.

Judge Paul Kelly adjourned the matter until May 14 next.