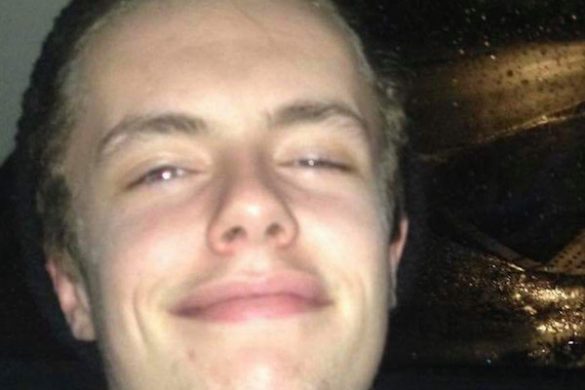 An armed robber who tried to escape from a hold-up by jumping through a cafe window bounced onto the floor before sheepishly walking out the front door.

The court heard how Mitchell, who is originally from Letterkenny, carried out the raids in the summer of 2015 when he was in a “dark place” due to drugs.

Mitchell appeared in court where he pleaded guilty to all three charges.

The first robbery happened at the Happy Days store in Letterkenny on June 4th.

Detective Garda Derek Connaughton told how Mitchell had his face covered and socks on his hands when he pushed his way past staff and took €300 from the cash register.

Mitchell, who had been spotted close to the shop by Gardai just 20 minutes before the raid, then fled to Derry after calling a taxi.

Three days later on June 7th, Mitchell entered a cafe in Carndonagh, picked up a butter knife and threatened staff.

He took €200 from the till and threw a chair at the window of the premises in a bid to jump out to make his escape.

However, the internal glass in the window only shattered and when Mitchell tried to jump through the glass, he bounced back onto the floor and walked out through the door.

During the third raid on a letting agent’s premises at Academy Court in Letterkenny, on June 17th, he threatened a receptionist at 9.30am.

He threatened to stab the terrified woman unless she handed over the cash box and also took her mobile phone.

Mitchell again escaped by taxi but soon realised there was no cash in the box.

Detective Connaughton told the court how he called to Mitchell’s grandmother’s home on July 15th and found him hiding in the hot press.

He made admissions to all crimes.

Barrister for Mitchell, Sean MacAodh, said his client had a serious issue with drugs but was now getting clean and had been living in Tulsk in Co Roscommon to stay away from bad influences in his life.

He added that his client had gone to meet his biological father in Derry but that had not worked out and that his life spiralled out of control.

Just one of the three people whom Mitchell robbed gave a victim impact to Gardai.

French national Pascal Thomas, who owned the cafe in Carndonagh, said he was shaken and terrified after the robbery.

He said he still thinks what could have happened when Mitchell grabbed the knife from him and that he feels he could have been easily hurt.

He said he will not open the cafe when he is not working as he is frightened that his staff would be hurt if there was another such robbery.

Judge John Aylmer said he placed the crimes at the lower end of the mid-range of seriousness.

He sentenced Mitchell to a total of 20 months in prison for the Carndonagh attack and backdated the time to March 6th when he entered custody.