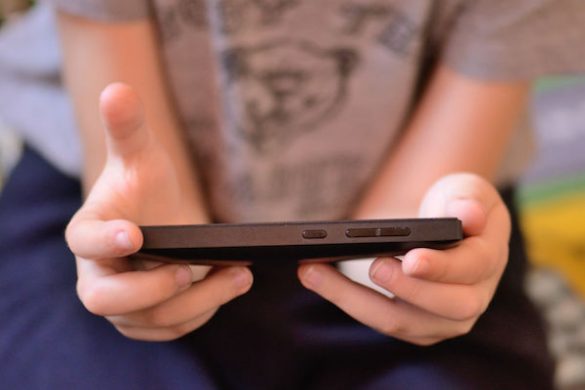 A 30-year-old man who met a 13-year-old boy online forced him to perform a sex act on him while the child’s mother was out.

The accused, from Inishowen, travelled to the victim’s home after the pair met on the Gadar gay dating website.

The boy had downloaded the website’s app and put up a profile of himself claiming to be aged 19 years old.

The man, who lives in a different part of Inishowen, contacted the boy and was told his mother would be out for two hours.

The 30-year-old man appeared at Letterkenny Circuit Court where he pleaded guilty to the defilement of a child under 15 years on April 13th, 2015.

The court heard how the boy’s mother had left them in her home with his siblings while she went out for a couple of hours with her partner.

She gave the boy her mobile phone in case she needed to be contacted urgently.

Garda Malcolm Hooks told the court how the boy downloaded the gay contacts app Gaydar and put a fake profile claiming he was 19 years old on it.

In some of the other information contained in the profile, he admitted that he was just 13.

Within a short time, a meeting between the man and the boy had been arranged at the boy’s home in another part of Inishowen.

The man showered and then drove to the boy’s home.

In a later interview with Gardai the man admitted that when the boy answered the door to him he thought he was aged “sixteen or seventeen.”

Garda Hooks said that when the boy was interviewed by specialist interviewers and he claimed that the man forced him to give him oral sex.

During the sexual encounter, the boy’s mother returned unexpectedly and witnessed the incident.

The accused man’s sister gave evidence that up until this incident her family never knew he was homosexual.

She added that he was deeply ashamed of what had happened and was willing to accept any punishment that came his way.

Barrister for the accused, Mr Colm Smyth, SC, said his client came from a very respectable family who were all shocked by what had happened.

He said a report from a forensic clinical psychologist found the man to be immature and introverted and that he had difficulty recognising his bisexuality.

But the psychologist added that he found no evidence of any interest in paedophilia.

The man told the psychologist “I’m not that kind of person and I’m disgusted with myself. If I can fix this in any way I will.”

Judge John Aylmer adjourned the case to hear evidence from the boy.