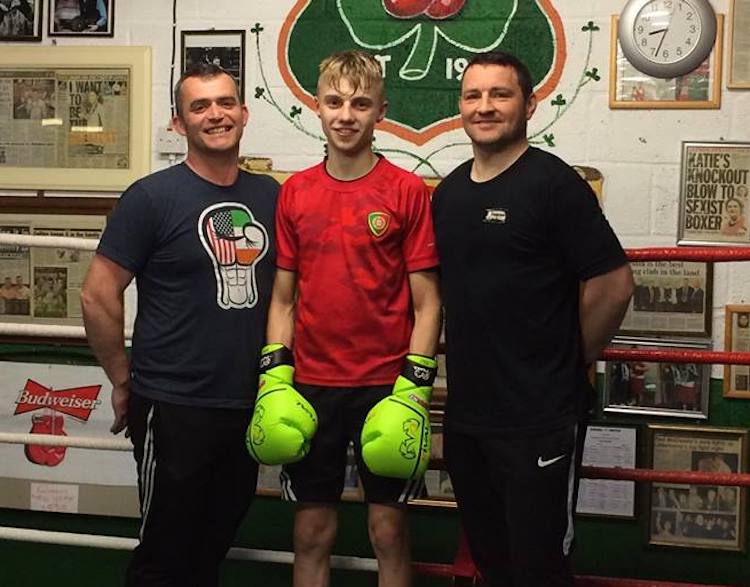 Raphoe ABC’s Eoin McGarrell is off to Germany tomorrow to compete in the Black Forest Cup, an international boxing tournament.

The fourth staging of the Black Forest Cup takes place over four days in the German city of Villingen-Schwenningen.

McGarrell is part of the Irish party that heads off tomorrow. Also on the plane will be Carrigart ABC referee and judge James McCarron.

Raphoe ABC puncher McGarrell will fight in the U19 division.

A former Irish champion during his time with Finn Valley ABC, McGarrell overcame Limerick’s Myles Casey in the Irish Boy 2 33kgs final in 2014.

Earlier this year, McGarrell lost out to Cashen Vale’s Ryan Downey in the Junior 2 52kgs quarter-final.

He won an Ulster title this year, though, and in December took an Ulster 9 Counties crown when he defeated Reece Toner of the Saints BC.