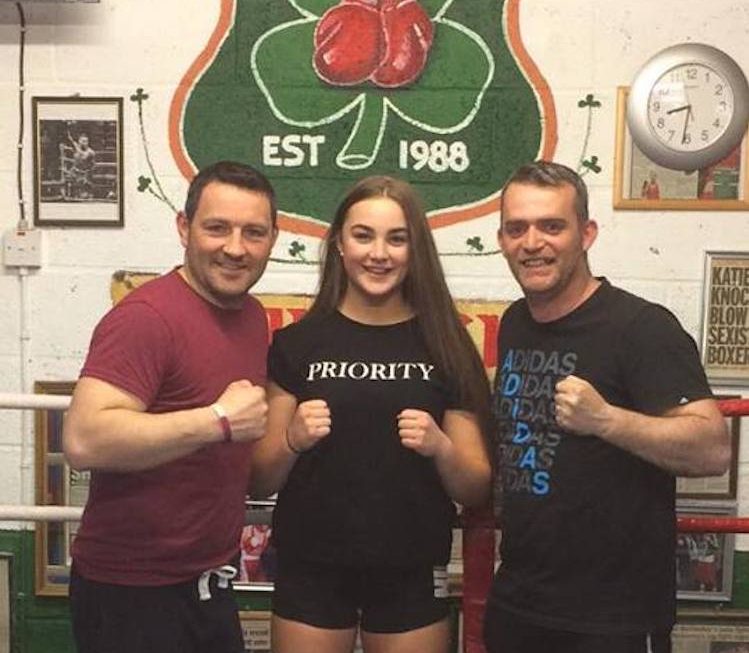 Talented all-rounder Leah Gallen is aiming for her latest slice of sporting success this weekend.

The Raphoe ABC puncher has had a success-filled few weeks. Gallen claimed the Ulster title, albeit via a walkover win, and a couple of weeks ago she won an Ulster title on the Gaelic football field.

Gallen was part of the Donegal squad that recently won the Ulster U16 Championship, playing at half-back. Donegal defeated Cavan 4-10 to 0-5 in Augher.

Tomorrow, she goes in the Irish final against Keisha Attwell from Ennis in the final. Last weekend, Attwell stopped Megan Hewitt in her semi-final, while Gallen is fresh having received a bye.

She is one of four Donegal boxers in action this weekend.

Duffy is up against Chloe Black from Tullow in the Girl 1 39kgs final and Lafferty faces Aliyah Flood from Monkstown in a Girl 1 41kgs final.

Tomorrow, Alecia McMenamin, also from Twin Towns, faces the might of Evelyn Igharo from Clann Naofa in the Girl 6 final at 63kgs.

Igharo won a silver medal at the recent European Youth Championships in Italy.