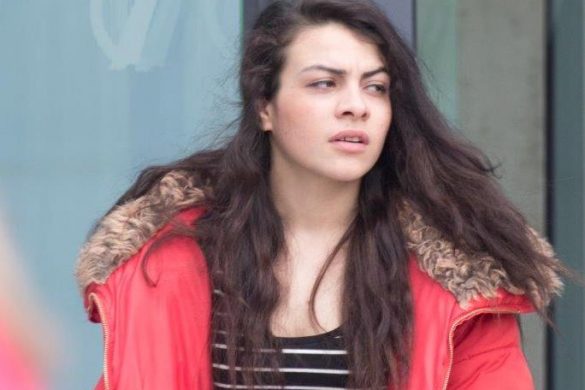 A 20-year-old woman who went on ‘a spree of offending’ over a 16-month period has been sentenced to four months in prison.

Sarah Mihai, of 41 Hazelbrook Crescent, Long Lane, Letterkenny, had pleaded guilty to the charges which dated from July, 2016 to November, 2017.

Mihai was charged with 11 thefts and four burglaries during the period.

Among Mihai’s offences began were the theft with the theft of property to the value of €50 from a barbers in the Courtyard Shopping Centre on July 9, 2016.

Further offences included the theft of a Simon Community Collection Box, containing around €150, from the All Seasons Charity Shop in Ballybofey, when she was accompanied by an older female, who distracted staff.

Mihai was detained by security staff at St Conal’s Hospital after removing a purse from a handbag that was held in an office to which she gained entry. Mihai gave Gardai a false name and address when apprehended on that occasion.

Mihai admitted to the theft of €300 in mixed coins and two cartons of cigarettes, worth €178, after gaining entry to an office at John Mac’s Mace in Stranorlar on October 22, 2017.

Mihai took a purse from a locker in the staff area of the Coffee Factory and used a card to make contactless payments at a number of locations, while she was apprehended by Gardaí after removing 14 €50 notes from the till of Centra at Main Street Ballybofey on November 6, 2017.

“Given that they were committed over this length of time and in nearly every case there was considerable pre-mediation and planning, I can’t dispose of this in the manner suggested in the probation report,” Judge Paul Kelly said at Letterkenny District Court.

Mihai was given a total of four months in prison and fined a total of €750.

Recognisance in the event of an appeal was set on Mihai’s own bond of €200.