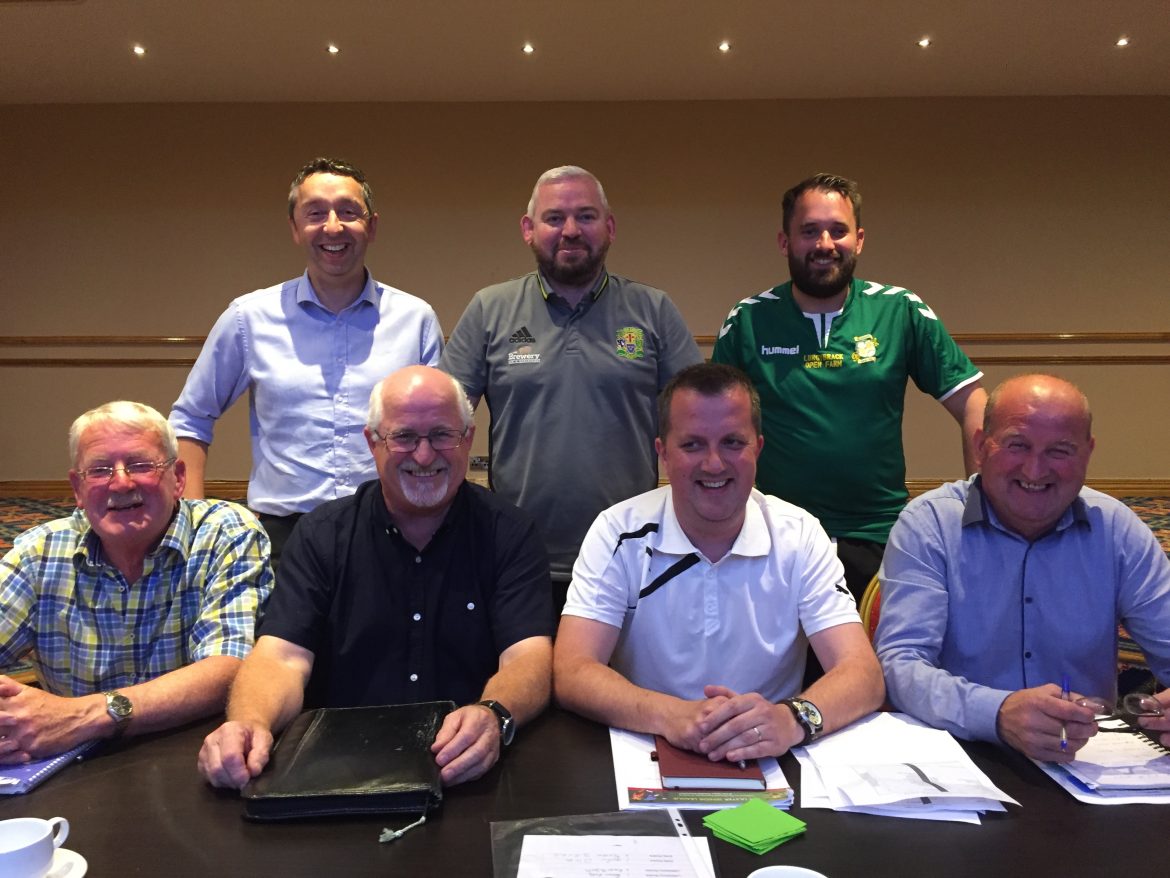 USL executive encourage clubs to use proper channels of communication

MEMBERS OF THE Ulster Senior League executive questioned some of the criticism the league has picked up over the season just past, writes Alan Foley.

At the AGM last night at the Mount Errigal Hotel in Letterkenny, various members of the executive encouraged clubs to use the correct channels of communication.

Chairman Johnny McCafferty said: “I must draw attention to the rising trend in the criticism of the league by managers/coaches over the airwaves.

“Surely the proper way to air any grievance is at your delegate meeting? All organisations appreciate constructive criticism and we are no different. We are here to run and organise the league for the benefit of the clubs.

Two suspensions were handed out this season after a rule was brought in last year in regards anyone who brought the league into disrepute “written, verbal, by action or otherwise”.

PRO Chris McNulty added: “Social media does not always be positive and can, at times, lend its platforms to armchair critics and keyboard warriors, who are quick to jump on a topic to criticise the League, its administrators or its referees.

“Social media is not the place for clubs or officials to vent their opinions. The meeting room is a much more reasonable choice of venue rather than Facebook to attempt to sort a problem out or to raise a concern.

“Sadly, some comments on social media can be taken out of context and can also be taken as fact by the public, which is disappointing as they do not always reflect the actual position.”

Registrar Jason Gibson’s report contained a similar theme. He said: “The fixtures side of my job was quite challenging this year with the weather causing havoc.

“I felt some of the criticism in the media and social media of the league was unwarranted and quite frankly unsubstantiated. It’s easy to criticise or hide behind a keyboard but when no real solutions are being put forward or there are no offers to engage with the league on the issues it’s hard to attribute any real merit to the complaints.

“As you all know I’m easy to get a hold off most times and I’m willing to accommodate anyone were possible and I feel any issues would be better directed at myself or whoever the new fixtures secretary may be.”

“Comments from club officials to media regarding referees and the running of the league has become prevalent and tiresome,” he said. “This is very unhelpful to us all. Comments made towards the end of the season left a bitter taste and we totally unsubstituted. We know we are not perfect but if people have ideas that they think will improve the league please tell us, not the reporter.”