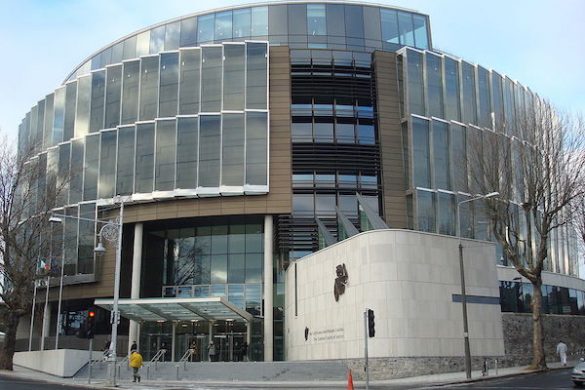 The owner of a debt recovery business has admitted he used fraudulent documents to obtain a €71,000 mortgage for his family home.

Dublin Circuit Criminal Court heard that Donegal native Kevin Molloy (49) still lives in the home with his family, is paying off the mortgage and that the bank were not concerned about pursuing charges.

Molloy, now of Dublin Road, Celbridge, Co Kildare pleaded guilty to three offences under the theft and fraud act committed on dates between December 2014 and August 2016, including dishonestly inducing Ulster Bank at Lower Baggot st., to issue a mortgage on April 4, 2016.

Judge Melanie Greally adjourned the case to October and ordered that Molloy’s suitability for community service work be assessed. She remanded him on continuing bail.

Detective Dominic McGrath told the court that the offences came to light in July 2016 when an official from the Bank of Ireland met with gardaí.

Between December 2014 and February 2015 Molloy provided a number of documents to the bank as part of a mortgage application. These included a salary cert which was found to be signed off in the name of a Mr Lafferty for a company actually owned by a Mr Laverty.

The bank’s officials were not satisfied with the accuracy of the documents and declined the mortgage.

Garda investigations found later that Molloy had successfully applied in April 2016 to Ulster Bank for a mortgage and the bank had issued a mortgage of €71,900.

To see the full story follow this link https://www.independent.ie/irish-news/courts/owner-of-debt-recovery-business-admits-using-fraudulent-documents-to-obtain-71000-mortgage-37084877.html