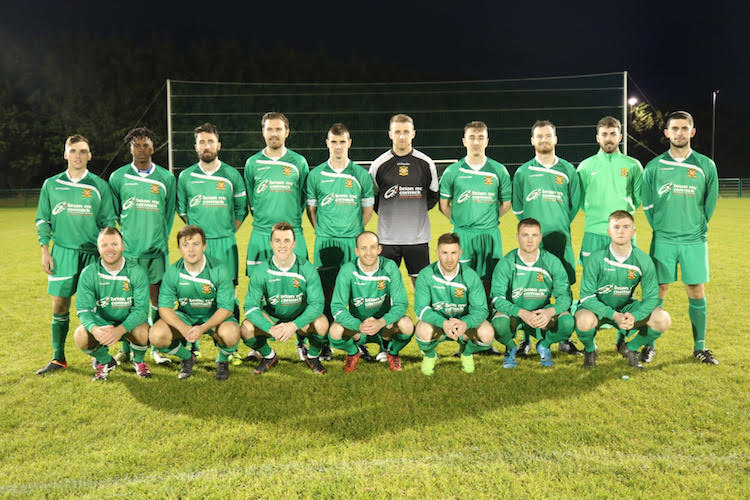 Ulster Senior League manager Anthony Gorman was left to wonder how his team had left the Diamond Park empty handed.

The USL selection lost out to the Munster Senior League in their opening game of the FAI Intermediate Inter-League Tournament.

Picture: The Ulster Senior League squad before the game. Picture by Stephen Doherty.

Despite being on top for much of the game, Gorman’s men saw first-half strikes by Mark Murphy and Kelvin Kruschell prove the difference.

“Football is all about goals,” Gorman said after the 2-1 reversal.

“Possession-wise and chances-wise, we dominated. They had some fantastic defensive performances and the goalkeeper made some unbelievable saves. We came in at half-time, two goals down and we should have been three or four up – that’s how good the chances were.”

Both the goals came against the run of play and left Gorman agonising afterwards.

He said: “The first goal was an easy header from an easy cross. We got caught forward. Even at seven minutes, we were thinking we were at it and the goal was against the run of play.

“We were pleased how things were going and the boys were looking sharp. At times, our link-up play was excellent.

“On another day, we’d have won comfortably. Credit to them, they defended as if their lives depended on it and it’s very unfortunate for our lads.”