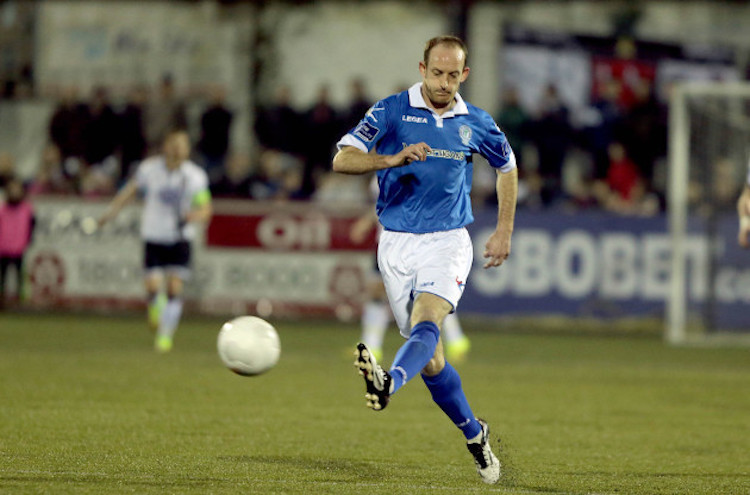 Listen: Michael Funston on play-off memories – and why belief will be Harps’ trump card

Michael Funston says the Finn Harps class of 2015 were convinced they would beat Limerick on that epic night when they sealed promotion to the Premier Division.

Funston won promotion three times as a Harps player: In 2004 when they won the First Division; in 2007 via play-off wins over Dundalk and Waterford; and again in 2015 when they overcame Limerick to make the step up.

Funston scored in the play-off wins over Waterford and Limerick. Three years ago, BJ Banda bagged the winner and Finn Park went wild, but it was Funston’s first-half goal – cancelling out Shaun Kelly’s goal from the first leg – that made Banda’s moment of glory possible.

“We were going up the road and we could only see one outcome,” Funston recalled.

“When we got the goal, we could see Limerick were scared. It’s about that belief from the starting eleven and from the guys on the bench: ‘Can I make a mark for myself like BJ did?’

“It will seem like time is standing still for the boys until quarter to eight.

“They’re in rip-roaring form. They were very comfortable against Drogheda. After a long season, this is what the lads are waiting for.”