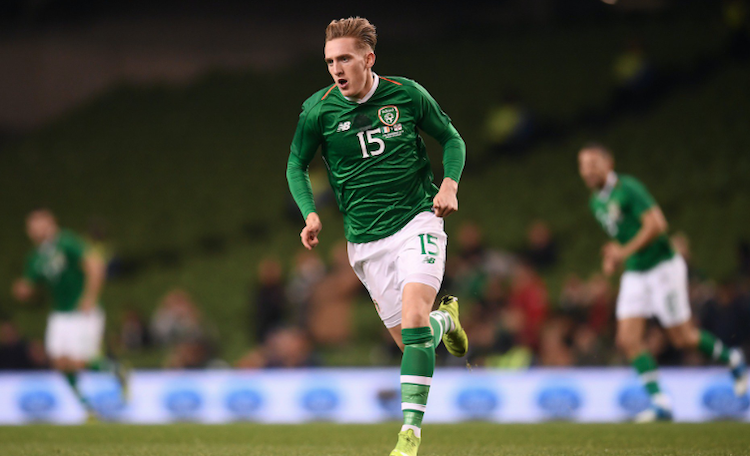 Ronan Curtis made his competitive debut for the Republic of Ireland tonight.

Curtis replaced Robbie Brady in the 65th minute of the scoreless Nations League draw against Denmark in Aarhus.

It was a second cap for the St Johnston man, who was used by Martin O’Neill for the first time in the friendly draw with Northern Ireland in Dublin on Thursday.

Curtis has been rewarded for his excellent club form with Portsmouth, whom he joined this summer from Derry City.

Ireland have finished bottom of their Nations League group with two points and have been relegated into League C.

Curtis will be back with Portsmouth for Saturday’s game away to Scunthorpe.