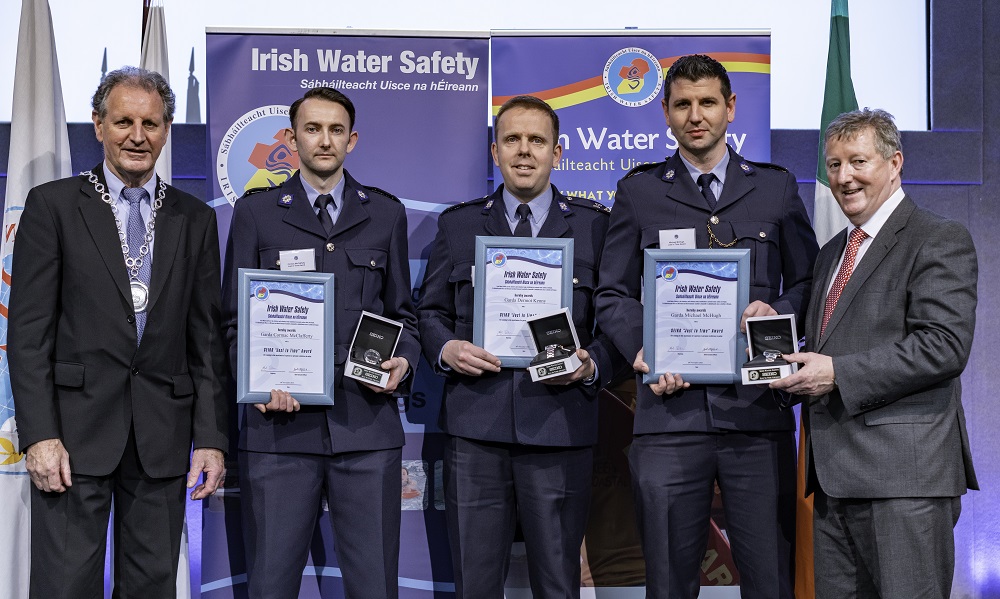 Three Donegal gardaí and a quick-thinking member of the public have been honoured for selfless acts of bravery at this year’s Irish Water Safety Awards.

Rescuers involved in two dramatic near-drowning incidents in Donegal featured in the annual awards on Wednesday.

On the 8th of May 2016, a man got into difficulty in the water. The quick-thinking trio of gardaí immediately made a human chain and swam out to the man, who was going under the water due to cold shock.

The gardaí eventually reached the casualty and pulled him back to the pier to safety. He made a full recovery.

Another local award recipient was Gerard Lally, Head Chef at the Great Northern Hotel in Bundoran. 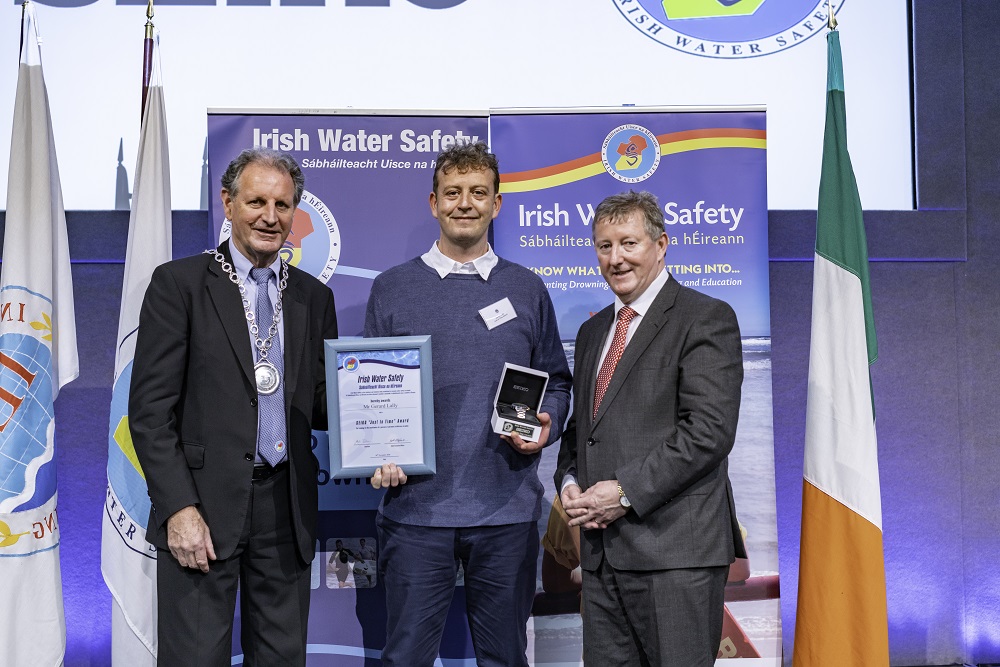 Gerard became a hero by chance when he saved two lives on Sunday the 27th of May 2018.

He was on his lunch break when he saw three people in difficulty in the water at Roguey Point. Lally, who is a skilled swimmer and surfer, rushed to help the adult, a teenager and an 11 year-old boy in the water.

Lally instructed both the teenager and the young boy to grab hold of a ring buoy he was able to bring them both to shore, where he stayed with them until the ambulance services arrived and subsequently took over.

Meanwhile, the Bundoran RNLI had arrived and assisted the adult and successfully brought him to safety. All three made a full recovery.

Thirty-six lives were saved from drowning by all the rescuers honoured at the Irish Water Safety’s National Annual Awards Ceremony.

Mr Seán Canney TD, Minister of State at the Department of Rural & Community Development presented the Seiko Just in Time Rescue Awards and said: “It is an honour to pay tribute to these courageous recipients. Tragically an average of 127 people drown in Ireland every year and although that’s 127 too many, the figure would be even higher but for the dramatic efforts of these individuals who saved others from drowning and the ongoing work of Irish Water Safety volunteers teaching swimming and water rescue skills.”

Minister Canney appealed to all adults to make themselves more aware of the dangers of drowning.

He said: “It only takes seconds for tragedy to strike and this can so easily be avoided if people learn about the hazards and take personal responsibility for their own safety. I ask that people encourage friends and family to read Irish Water Safety’s guidelines at www.iws.ie so that they have the knowledge, skills and attitudes necessary to avoid becoming a drowning statistic.”