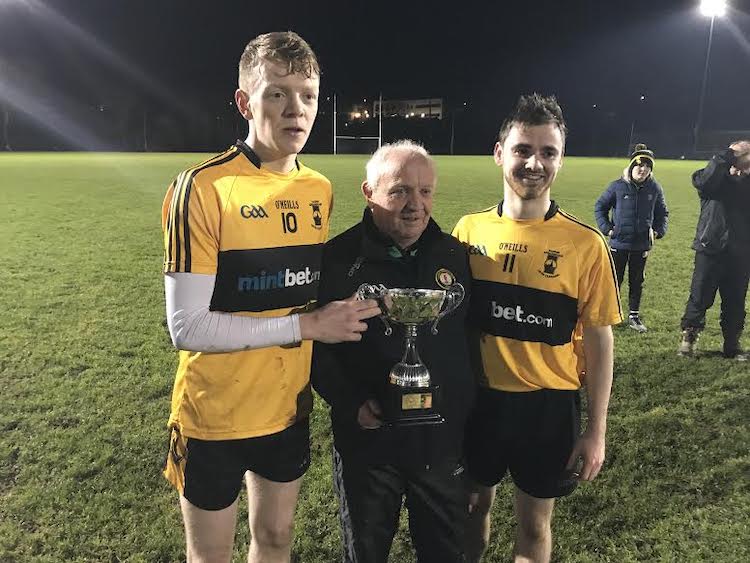 Listen: Kevin Kealy says U21 win must be ‘springboard’ for St Eunan’s hurlers

Kevin Kealy was the match winner last night as St Eunan’s captured the U21 hurling title – and he says the win now has to act as a springboard for senior success.

In a game that was all square at half-time, Kealy lit the touch-paper early in the second half and scored 2-4 as St Eunan’s roared to victory against Buncrana.

The win means they finally got one up on The Scarvey side, who have proved a nemesis in a number of finals.

“We need to push on now for the seniors,” Kealy said.

“Hopefully it’ll be a good springboard.

We’ve been meeting them all the time. We lost a lot of times to them and it’s nice to come out on top finally.”

The final had been delayed for some time, but under the lights of The Scarvey last night the teams went to battle.

Kealy said: “Every Sunday morning, we were out. It was hard to keep it going, but we always had good numbers. We kept the faith and didn’t give in. It was nice to keep the momentum going for the final.”

Setanta prove too strong for MacCumhaills as...