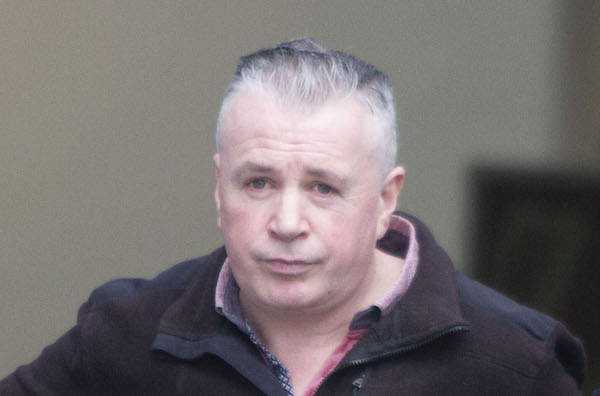 A sore loser who punched his opponent in the face when he lost a darts match in a pub has been ordered to pay his victim €3,000.

Pals Edward McNulty and Kevin McCarroll had been playing darts together for many years.

However, the pair have appeared in court after Mr McCarroll, accused McNulty, aged 52, of attacking him when he lost a match to him in Roses Bar in Creeslough on December 22nd, 2016.

The court heard the pair had known each other for a number of years and as well as playing darts with each other had cut silage together.

McNulty, a single man who is a carer for his mother, was brought to court charged with assaulting Mr McCarroll.

Garda Brendan O’Connor told Falcarragh District Court that Mr McCarroll made the complaint against his darts rival three months after the attack.

Although he tried to gather CCTV footage, there was none available from the bar and that all those approached as witnesses said they did not actually see what had happened.

Mr McCarroll said that after beating McNulty in the darts match, his opponent became annoyed, called him a “fat b*******” and invited him outside of the bar to fight.

Mr McCarroll told him to “cop himself on” but moments later he said he was struck from behind in the eye and hit the ground.

The victim told the court that he received a number of texts and phonecalls from his attacker saying how sorry he was.

And on Christmas Eve, McNulty called to Mr McCarroll’s home and tried to apologise to him.

Mr McCarroll’s elderly father Michael answered the door and McNulty told Mr McCarroll Snr that he didn’t know what came over him and said he was very sorry for what had happened.

He called back later on when Kevin was at home and the pair spoke.

Kevin McCarroll said his attacker apologised again and said there was nothing more he could say.

“I told him ‘I don’t want your apology’ and that what he did was a lousy act,” said Kevin McCarroll.

Mr McCarroll said although he thought his eye would get better, it got worse and he was forced to go to Letterkenny University Hospital nine days later and they referred him to an eye specialist in Sligo.

In total, he had been to more than 30 appointments in Sligo as well as having two operations in Dublin and now wore glasses as a result of the attack.

Mr McNulty admitted there had been words after the darts match but denied that he had ever punched Mr McCarroll.

He said he had texted Mr McCarroll and called to his home on two occasions on Christmas Eve because he felt bad about calling him names and not because he had assaulted him.

Solicitor for the accused, Mr Gordan Curley said there was no CCTV footage, no witnesses and it had taken three months for Mr McCarroll to make any complaint.

He said it was very much a case of “he said, she said” and asked Judge Paul Kelly to dismiss the case.

However, Garda Inspector Seamus McGonagle suggested to the accused that calling to his home and texting the victim went well above and beyond what was expected of somebody simply because they had called someone a name in the bar.

He also said that those in the bar were mutual friends of both men and understandably might not want to give evidence.

Judge Paul Kelly said that Inspector McGonagle had “hit the nail on the head” with his comments and found Mr McNulty, of Feymore, Creeslough, guilty of the assault.

He asked painter and decorator Mr McCarroll how much he was out of pocket and was told that he had made 31 trips to Sligo for check-ups as well as operations in Dublin and had lost about 31 days in work as a result.

Judge Kelly ordered McNulty to pay the victim €3,000 by June 9th next and that he will consider leaving him without a conviction.