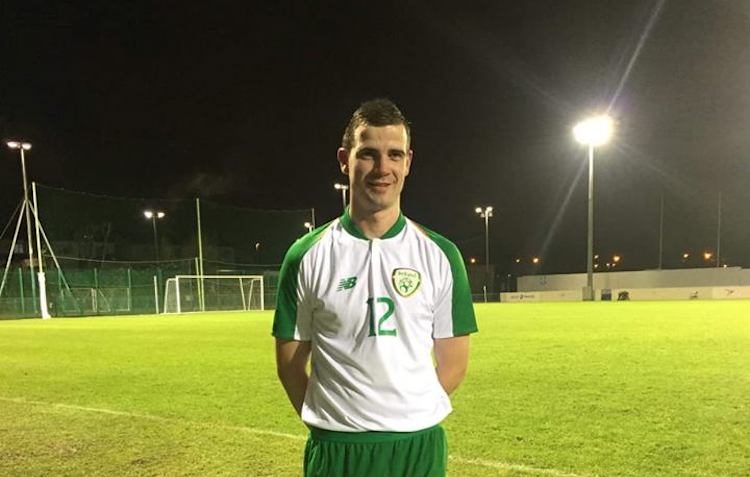 Letterkenny Rovers’ Conor Tourish made his debut for the Republic of Ireland Amateur side last night, while Sam Todd and Jack Keaney featured for the Irish U21s.

The U21s, in Stephen Kenny’s first game as manager, won 1-0 thanks to Brandon Kavanagh’s goal in the first half of the friendly at Whitehall.

Tourish was called up by Irish amateur boss Gerry Davis following some stellar performances with Letterkenny Rovers in the Ulster Senior League.

The defender was put in as a substitute for the final 17 minutes.

Sligo Rovers player Keaney, who hails from Donegal Town, played the last 12 minutes and Finn Harps defender Todd was a sub for the closing moments.

Ex-Harps striker Michael O’Connor, now on the books of Linfield, came on in the 52nd minute.

Kenny’s training camp squad, which consisted of 18 players from the SSE Airtricity League – including Todd and Keaney – ended their three-day training camp with the win

Kenny’s side turned in a dominant performance over the experienced Amateur side ahead of the UEFA U-21 European Championships qualifier against Luxembourg in March.

UCD forward Neil Farrugia was a source of constant trouble for the Ireland Amateurs and it was his run and cross which saw the Ireland U-21s take the lead.

He was able to get to the byline, past Christopher McCarthy, and cross for Shamrock Rovers’ Kavanagh who tapped home just past the half-hour.