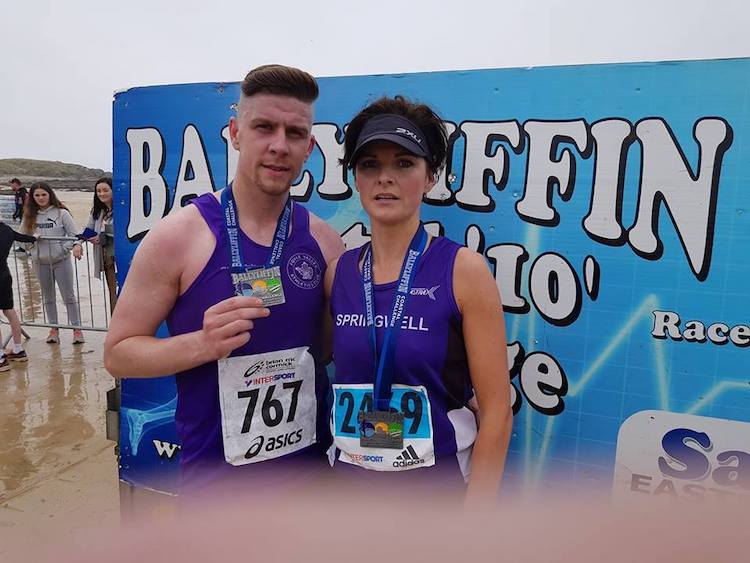 Picture special and all the results from Ballyliffin International Coastal Challenge

A record crowd of over 1,500 attended the Ballyliffin International Coastal Challenge today.

Crowds flocked to sun-kissed Ballyliffin for the superb event, which saw

Stephen Connor from Foyle Valley AC won the 10-mile event, finishing in 59 minutes, with Ciara Toner of Springwell winning the female category and taking second over all in one hour and 45 seconds.

Ciaran Rae and Maurice Harkin were second and third in the men’s race with Alannah Furling and Karen Doherty next up in the women’s race.

There was also a seven-mile event, won by Dermot O’Kane in 45:16. Daniel Playfair and Brian Hallihan were second and third.

Emma Boyle was the leading female in the women’s seven-mile race, finishing in 52:56.

Picture special and all the results from Ballyliffin International Coastal Challenge was last modified: April 20th, 2019 by Chris McNulty