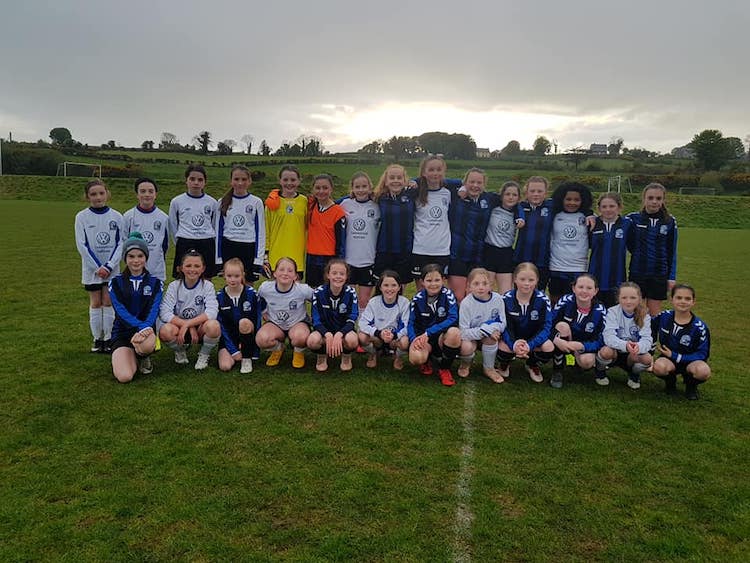 Little – and even nothing – between teams in U12 Donegal Womens League

written by Chris McNulty May 8, 2019
Facebook0Tweet0LinkedIn0Print0

The margins were wafer-thin in the Bank Holiday weekend action in the Donegal Women’s League.

The Under-12 action had two draws and two games settled by a solitary goal on a weekend where there was little – and, in some instances, nothing – to separate the sides.

Rabs Park was the venue for what turned out to be a cracking display of football.

In perfect weather conditions it was a game which had everything to keep the large crowd of supporters entertained from the start except for one component – goals!

The first half saw both teams start strong with Mulroy attacking the Illistrin goals on a number of occasions only to see their efforts drift wide of the posts and even hit the post.

Kayla Sweeney dominated the game from the centre of the pitch and was well supported by the pace and determination on the wings through Katie Shovlin and Lara Blaney to allow Mulroy keep the pressure in the Illistrin half. 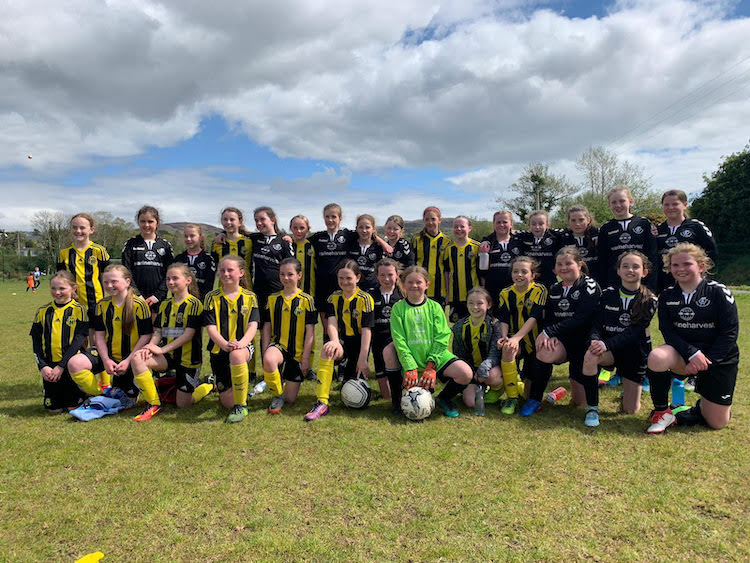 Illistrin’s defenders played exceptional football and with some very impressive passing play Illistrin found their way through for a shot on target which Mary-Bridget McGeever, after a full-stretch dive, managed to clear.

It was all to play for in the second half and Mulroy continued with their attacking play.

Caoimhe McLaughlin and Meave Sweeney continued to cause bother for the Illistrin defenders with Caoimhe hitting some great strikes which Sarah Breslin managed to deal with.

Mulroy who had the advantage of girls on the bench in their numbers introduced a number of subs throughout the game and each girl introduced kept the attacking momentum going.

Caoimhe Friel, Leah Roche and Clodagh Gibbons were exceptional in the back line today and never panicked anytime Illistrin tried to break.

With only a minute to go the Mulroy home supporters thought the winner had come from a Meave Sweeney strike with the referee ruling the ball had not crossed the line.

No one argued with his decision because in the end a hard fought point was a fair result on what seen two teams put in two great team performances.

This a was tight game with both sides having chances.

Once again Meave McClean controlled Milford’s defence with Teigan Devine and Ava Molloy not letting anything past.

Meave Brady of Kilmac was a danger most of the game, but Milford had it under control.

Chloe McConigley Blaney played her heart out on the wing always a threat to Kilmac, but it was 0-0 at half-time. 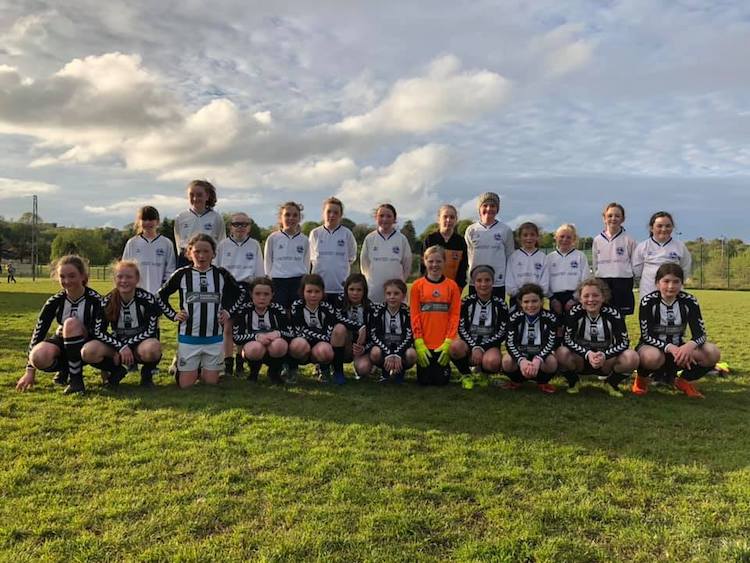 Milford came out the stronger side in the second half.

On 43 minutes, Milford got the goal they deserved.  With Chloe McConigley Blaney and Erin giving a great ball into their forward Amy Patton, who made no mistake and put it in the back of the net.

Kilmac didn’t give up with some good chances but it just wasn’t their day.

Mya McMonagle scored the only goal of the game as League newcomers Ballyraine FC overcame Finn Valley on Bank Holiday Monday. It was a hotly-contested game with McMonagle proving to be the winner.

The derby sparks were flying in Raphoe on Monday as the Rapids and the Rockets (main picture) played out a cracking two-all draw.

Tianna Hannigan and Cara Eaton bagged the goals for the Rapids, while Samara McBrearty and Aine O’Flanagan were on the mark for the Rockets.