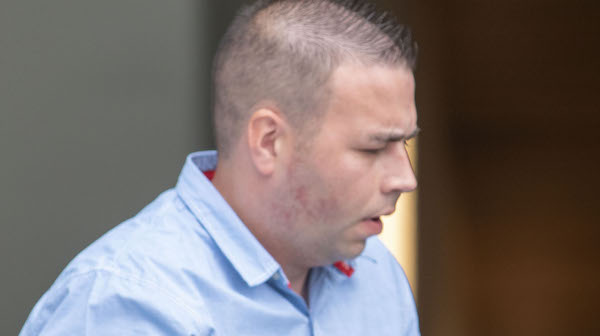 Man who sent lingerie to ex-girlfriend ends up in court

A man who sent a quantity of lingerie to his former girlfriend in a bid to say sorry to her has appeared in court.

Darin Reid sent a parcel of a number of items of underwear to the woman’s house in Letterkenny, Co Donegal.

Along with the underwear was simply a note with his name and phone number on it.

However, the woman was in no mood for making up and contacted Gardai about the matter.

Reid, of Copper Beach, Convoy was arrested and appeared at Letterkenny District Court in Co Donegal to face a charge of contravening a protection order.

When the charges were put to him, Reid told Gardai “How is a person supposed to be in fear of a parcel with lingerie in it?”

The accused man’s solicitor, Mr Patsy Gallagher said the parcel with the underwear was sent possibly to apologise and rekindle their relationship.

However, there has been absolutely no contact between the pair since he added.

“There was no threat in the note he left apart from his phone number on it.

“It was sent in a genuine way of trying to apologise to her and to try and rekindle something that was there before,” said Mr Gallagher.

However, Judge Paul Kelly said this was “a funny way to apologise.”

He asked the woman if she would like to address the court or to make a victim impact statement in writing but she declined.

Passing sentence, Judge Kelly said that Reid should be grateful that the woman had been very helpful to him and had not said anything that could have made it worse for the accused.

“I hope he appreciates her generosity,” he added.

He adjourned the case until July 8th next to allow Reid to pay €250 to the Donegal Domestic Violence Service and said he will apply the Probation Act if that is done.

Man who sent lingerie to ex-girlfriend ends up in court was last modified: May 18th, 2019 by Stephen