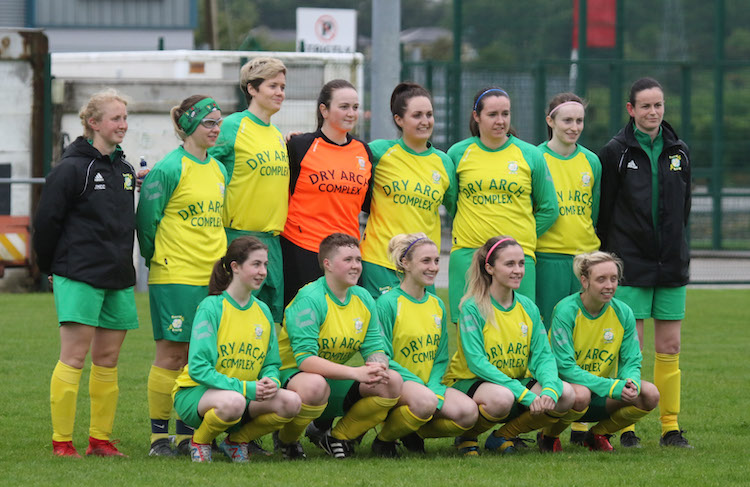 Bonagee grit their teeth for win over Illies in Super League

written by Staff Writer May 31, 2019
Facebook0Tweet0LinkedIn0Print0

Bonagee came from behind to defeat the defending champions in an absorbing game at Dry Arch Park that wasn’t done and dusted until the final shrill of Packie Coll’s whistle.

Captain Natalie McFadden sprang from the bench to score twice as Bonagee continued their perfect start to the campaign.

Right on the blow, the home hearts were in the mouths as Illies danger woman Paula McGrory broke through, but prodded wide of the far post.

Illies, courtesy of a brace by Emma Doherty, led 2-1 at half-time after Alice Diver gave Bonagee an early lead. 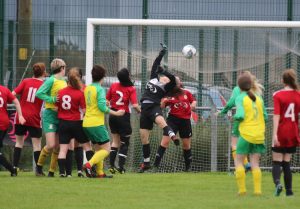 Illies stirred into action and McGrory curled a delightful effort just over the Bonagee crossbar while Doherty hit the goal frame and another attempt, from Caroline Gallagher, who connected with a corner, caused panic in the area.

Illies drew level when Bonagee lost their concentration and Doherty tucked home to the bottom corner.

Bonagee thought they were back in front when Amy Boyd finished from Deborah Kerrigan’s centre, but the goal was ruled out for an apparent infringement on the Illies goalkeeper. 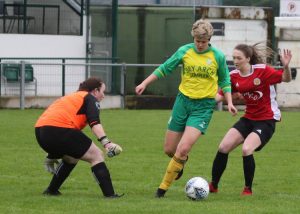 On 42 minutes, Illies took the advantage when Doherty finished from close range as Illies, with Deirdre Fullerton, Danielle Doherty and Tessie Coyle prominent for John Doherty’s side, punished Bonagee on the counter-attack.

Bonagee had to rejig in the first minute of the second half when Diver had to be withdrawn injured, but Bonagee shook their heads clear and got back on level terms when McFadden headed home at the near post after a good move on the right-hand side.

Bonagee were back in the lead when, after the referee spotted a handball, McFadden sent a penalty to the top corner. 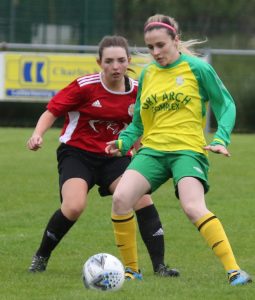 Amy Boyd of Bonagee in possession against Illies’ Rachel McLaughlin

Claire Orr’s deflected shot flew wide as Bonagee set about putting the issue to bed, but in the closing chapter, Illies laid siege and the hosts had to grit their teeth for long spells.

Illies forced a series of corner kicks and Bonagee’s goal lived something of a charmed life in those moments.

Goalkeeper Clare Friel came to the Bonagee rescue late on with a magnificent save and took a real command. 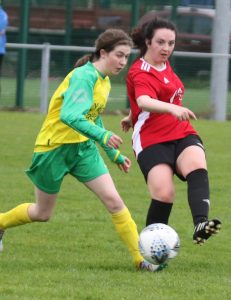 The experience of Maureen O’Donnell, making her debut in the Bonagee colours, was key as Chris McNulty’s team held on for dear life.