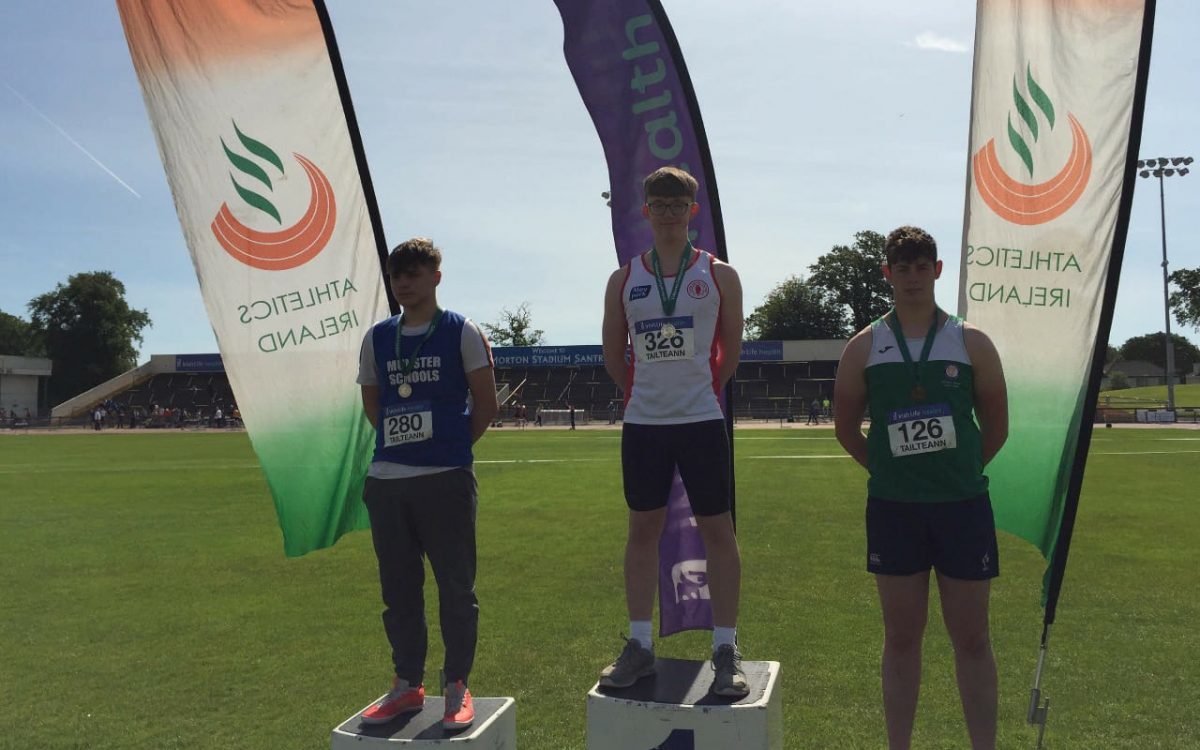 Donegal athletes to compete for Ireland in Wales

TWO DONEGAL athletes have been selected to travel to Wales next month as part of an Irish Schools team.

The Championships take place in Swansea on July 20 with teams from Ireland, England, Scotland and Wales taking part.

Deele College student McCrossan won the intermediate boys hammer when he threw out to 47.65 metres at the recent Irish Schools Track and Field Championships in Tullamore.

Abbey VS woman Moohan, competing in the 80m hurdles, took gold in the intermediate girls hurdles at the Schools Championships. Moohan raced home in 11.55 seconds.

Last weekend, at the NI and Ulster U14-U17 Age Group Championships at the Mary Peters Track, Moohan won three medals: gold in the 80m hurldes in 12 seconds; gold with a 5.13m leap in the long jump and bronze in the 250m hurdles.

Donegal athletes to compete for Ireland in Wales was last modified: June 27th, 2019 by Chris McNulty