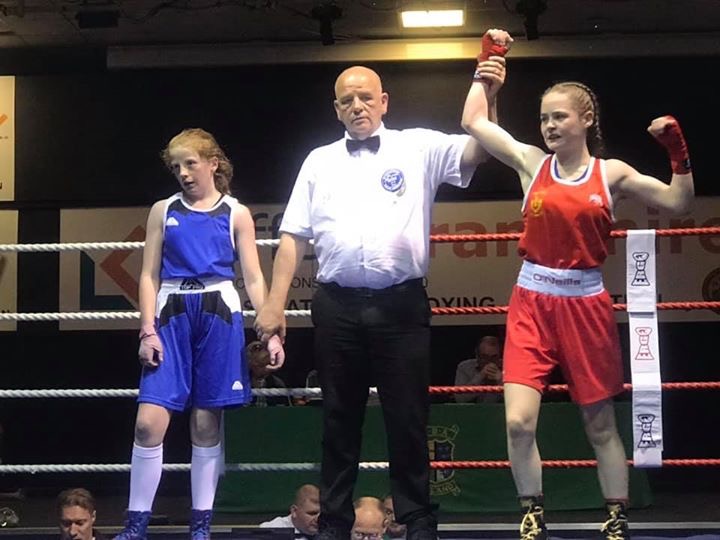 Irvine took a 4-1 split decision after a dominant display at the National Stadium.

Duffy had beaten Abby Gibbons from Cherry Orchard in her semi-final, but Irvine proved too slick.

Her victory – the 42nd Irish title won by an Illies Golden Gloves boxer – is expected to see her selected for next month’s European Championships in Georgia.

A total of 41 new Irish champions were crowned today, while a minute’s silence was held in memory of Limerick heavyweight Kevin Sheehy, who was murdered last Monday and buried in his native city earlier today.