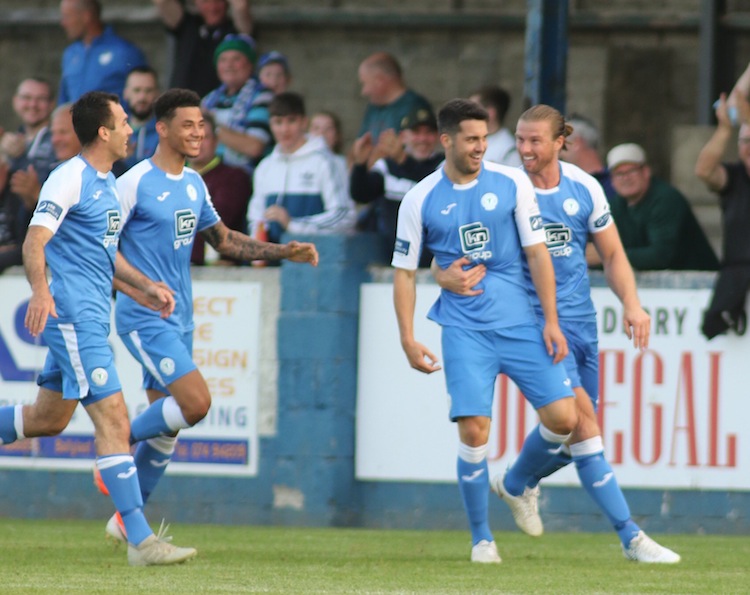 SEVEN DAYS after his derby day heroics, Harry Ascroft proved to be the hero of the hour as Finn Harps moved six points clear of UCD.

Ascroft struck the only goal of the game in front of 1,036 at Finn Park as Harps took another step towards survival.

Mark Anthony McGinley kept a fifth clean sheet on a night when Bohemians struggled to break down a resolute Harps, who were able to hold onto Ascroft’s eighth-minute strike.

Jacob Borg and Mark Timlin were involved in the early part of the move. After Mikey Place laid the ball back Ascroft, arriving from deep, had already taken aim. The Australian cracked a superb effort high into James Talbot’s top right-hand corner.

Talbot, who had been in the Republic of Ireland senior squad earlier this year, could do little as Ascroft let fly for a stunning opener.

A week ago, Ascroft struck a derby winner against Derry City. After an injury-plagued beginning to life in Ballybofey, Ascroft has certainly endeared himself to the natives of late.

After 1-0 wins over Waterford United and Derry City on the last two outings, this win means that Harps have won three Premier Division games in a row for only the third time in 20 years – and only the sixth time since two Divisions came into being in the League of Ireland. 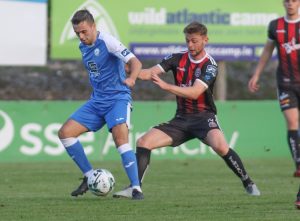 Mark Russell saw a powerful shot charged down inside the area as Harps went in search of a second.

Ollie Horgan showed just one change to his roster with Tony McNamee in for the suspended Raffaele Cretaro. The suspension of the veteran attacker – who was booked in error during a game against Derry at the Brandywell – drew the ire of the Harps boss earlier this week.

Bohemians brought Scott Allardice, Aaron Barry and Keith Ward into their team as Keith Long made three switches to the selection that drew 1-1 in Sligo on Saturday night.

Bohs entered this one in third spot, but didn’t overly trouble Mark Anthony McGinley, the Harps goalkeeper, in the first half. 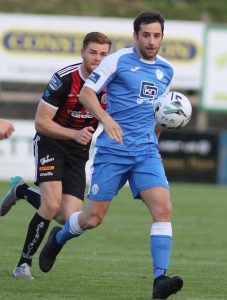 Danny Mandroiu, who had an earlier penalty claim waved away by referee Damien McGraith, saw a free klick fly over the Harps crossbar ten minutes before the break.

Andre Wright poked tamely wide early in the second half after Luke Wade-Slater’s ambitious effort was blocked into his path.

Mandroiu had another sight of goal on the hour, but he drilled over on the turn.

Ascroft tried his luck again, but couldn’t call Talbot into action again, while the visiting net minder was able to comfortably deal with a Timlin daisy-cutter. 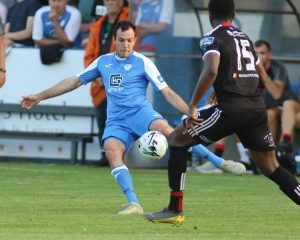 New signing Ruairi Harkin – back for a second spell at Harps ten years after his last – almost made an instant impact after he was called from the bench 11 minutes from the end. Harkin teed up McNamee on the edge of the area, but his effort screwed off-target.