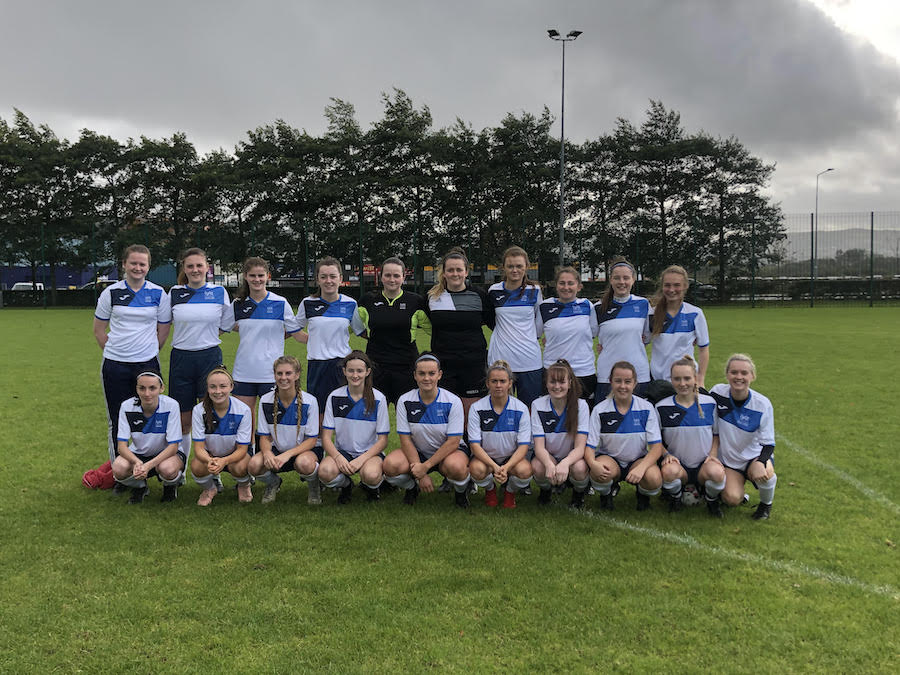 Tara O’Connor and Zoe Green netted goals in the first half as LyIT took victory on a  pretty comfortable afternoon.

Played at times in torrid conditions, the game was controlled by the hosts, who included a few new faces in their ranks.

Among the new scholars was O’Connor, who broke the deadlock on the half-hour.

Goalkeeper Aoife McColgan’s direct long ball invited O’Connor and she kept cool and composed to get around Caoimhe Callaghan, the UU ‘keeper, to tuck home.

Before then, LyIT could have been ahead.

Mary Jane Doherty stabbed wide just before O’Connor’s goal, while an early O’Connor effort was well blocked by Rebecca Cargill in the area.

It took a fine save by Callaghan to keep Green from opening the scoring in the 24th minute.

The Illies player let fly with a fine left-footed effort, but Callaghan got down to make the save, at the expense of a corner.

Amy Hyndman was unfortunate to see her effort, after good work down the right by Aisling Nee and Green, created the opening.

Four minutes before the break, LyIT – who had an effort ruled out for an offside a few moments earlier – doubled the lead.

Lauren Cregan skipped into the area and was fouled just as she eyed up the target. Assistant referee Frank Duff flagged for the penalty and Green stepped up to tuck home from 12 yards.

O’Connor was close to a second while Callaghan saved from home captain Nicole Gordon at close range.

As LyIT continued to press, Cregan shot over and sub Julie Trearty lobbed just wide of the far post.