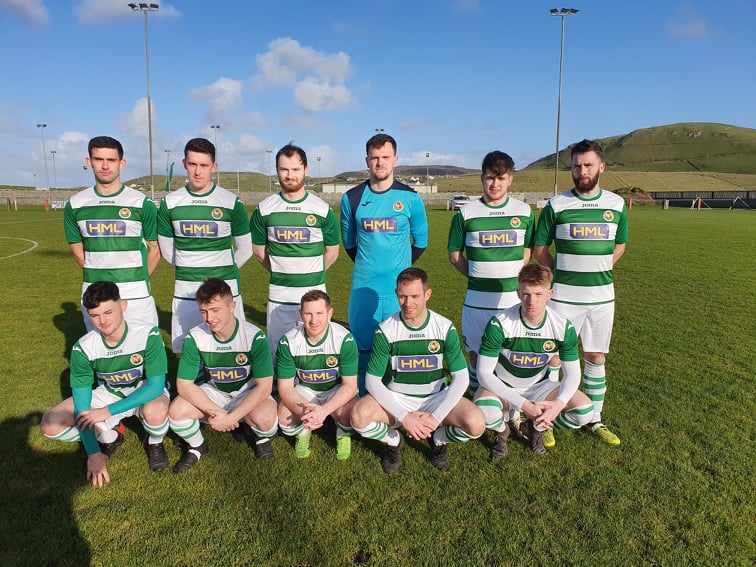 Ulster Senior League Champions Cockhill Celtic came away from Traigh-a-Loch with a hard earned 2-1 victory over a youthful Fanad United.

Both sides showed plenty endeavour throughout in a game were chances were at a premium. Cockhill had possession early on and took the lead after seven minutes.

Ronan Doherty found space out on the left, and his probing ball to the back post was met by Stephen Duffy who finished high into the net. Fanad started to come into the game after that and got an equaliser in the 20th minute.

Paul Bradley got possession down the left and his cross into the box was put into his own net by the unlucky Peter Doherty.

Cockhill however fired back and took the lead 10 minutes later. After a scramble in the box following a corner, the ball was prodded home by Mark Moran, with the Fanad players insistent that ball had not crossed the line.

The second half followed a similar pattern with chances few and far between early on. Cockhill did force a number of corners early on which were defended well by the Fanad rearguard.

In the 70th minute, Matthew McLaughlin hit a dangerous cross into the Cockhill box that was just missed by the on-rushing Fanad attackers. 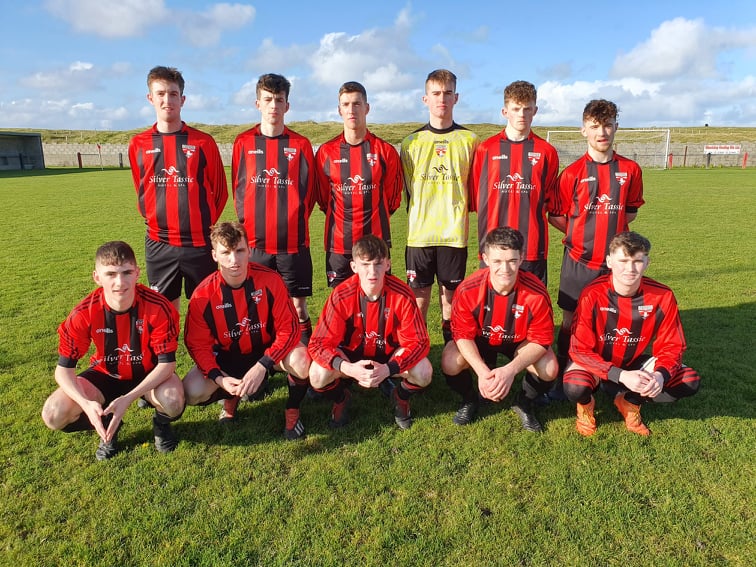 Two minutes later Mark Moran’s shot from the edge of the box fizzed just wide of the Fanad post. In the 75th minute Oisin Langan produced a superb block in the box from Stephen Duffy cross when a Cockhill goal looked inevitable.

Three minutes later the best chance of the 2nd half fell to Cathal Farren when he pulled his shot wide of the Fanad post when well placed.

With time running out Peter Doherty glanced a free header wide of the post from a corner. Fanad pushed in injury time put failed to force an equaliser.