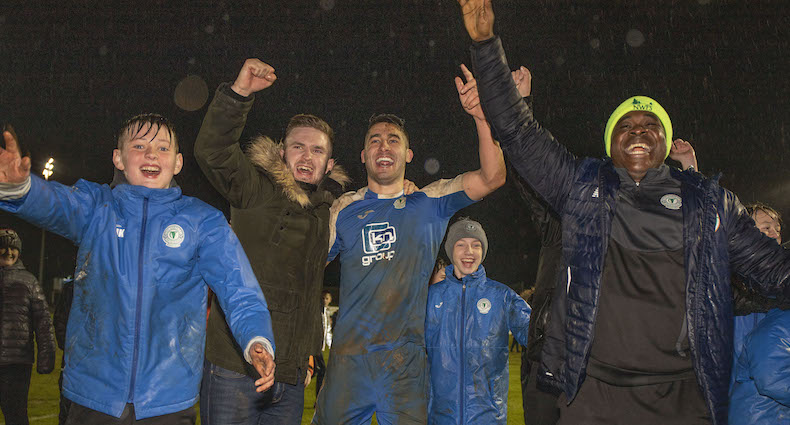 IT IS one of those goals that Finn Harps fans will be content to play on a loop all winter – here’s Harry Ascroft’s goal from last night’s play-off.

Harps were 1-0 ahead against Drogheda United on the night and locked at 1-1 on aggregate in the promotion relegation play-off when this happened.

It was two minutes into the second half of extra time when Tony McNamee sent over a corner kick.

Time, momentarily, seemed to stand still before the Town End erupted as Ascroft’s header went in and it proved the goal that keeps Harps in the Premier Division.

Relive the moment, thanks to Tony McBride of Online Video Productions, below …