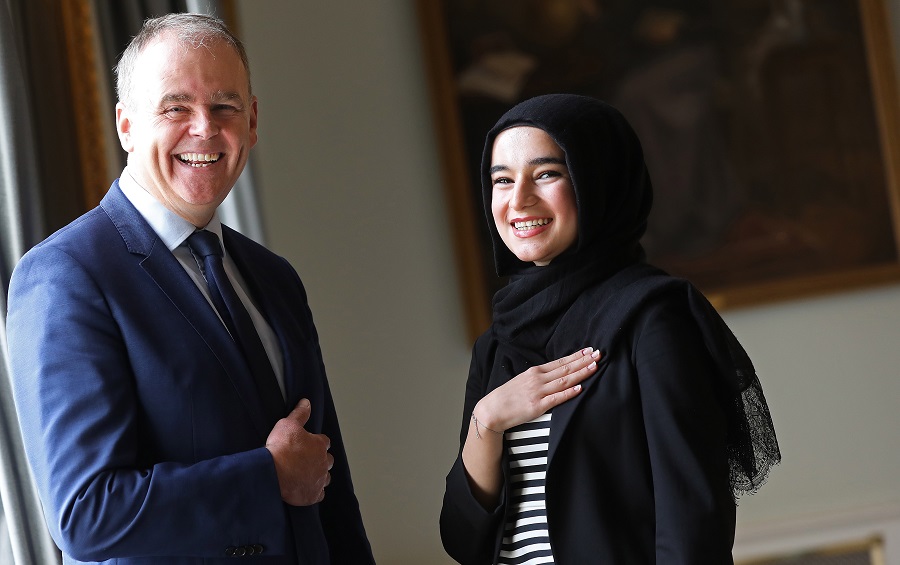 A young Syrian refugee has been announced as the proud recipient of the first Professor William C Campbell Bursary.

Suaad Alshleh, who is studying medicine at the Royal College of Surgeons Ireland, was today awarded a €5,000 annual scholarship by Minister for Education and Skills Joe McHugh.

The award was launched this year in recognition of Donegal Nobel Prize winner Professor William C Campbell from Ramelton. 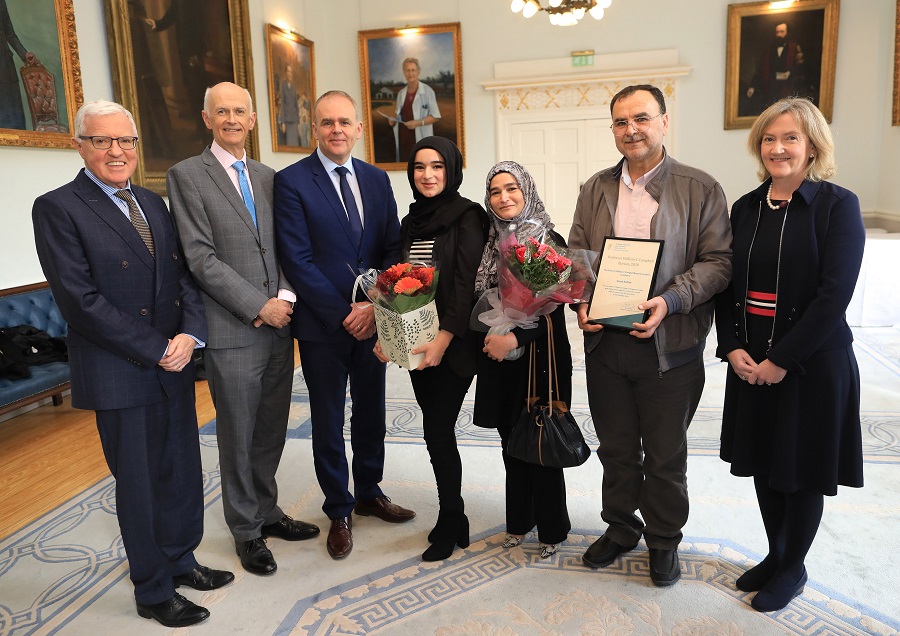 Recipient Suaad as been praised as an inspirational young woman. She and her family fled the war-torn Syria and spent more than a year in Direct Provision in Monaghan. She studied for her Leaving Cert in Mountmellick Community School Co. Laois and obtained 587 point to successfully gain a place on a Medicine degree programme.

Speaking at the awards ceremony today, Suaad said her goal is to become a doctor in Ireland to give back to the people who helped her and welcomed her as a refugee. 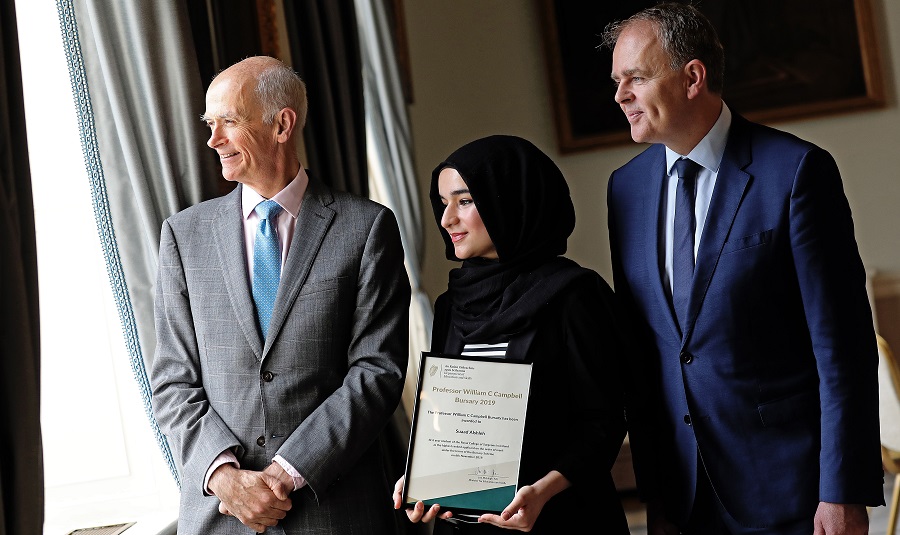 Minister McHugh later tweeted his admiration for Suaad and said she was “a hugely impressive young woman and symbol of what is good about welcoming people to our country.”

He also thanked her for sharing the message that “direct provision is not perfect but it does offer hope.”

Ms Alshleh said: “The Professor William C Campbell Bursary is an incredibly generous commemoration of a brilliant scientist that gives students from disadvantaged/DEIS backgrounds the opportunity to pursue third-level education.

“As the first recipient of this award, I can only dream to, one day, have as far-reaching an influence on the world as Professor Campbell has had.

“And as a Syrian refugee, I‘m incredibly grateful for the Irish community as a whole for embracing me as one of their own and supporting and encouraging me, through initiatives like this, to realise my dream of studying medicine.”

Minister McHugh added: “I am delighted to be able to offer the scholarship to Suaad Alshleh. She is an inspiration and I hope she enjoys her studies at such a prestigious institution as the Royal College of Surgeons Ireland. Professor Campbell’s legacy is something that we should build on and by supporting students like Suaad and others in the coming years we can do that.”