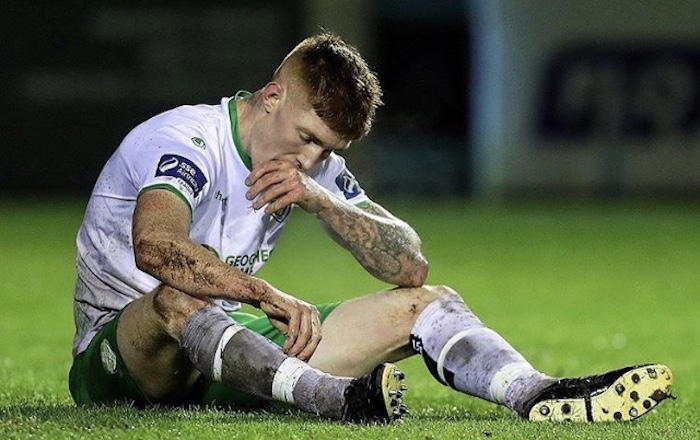 Darkness and light: Jonny Carlin has 2020 vision after debut year at Cabinteely

JONNY CARLIN was working at the home of Des Roche in Dublin’s Southside in January when the chance arose.

At first, Carlin was unsure.

Roche is a stalwart of Cabinteely FC and beckoned Carlin – who was doing construction work on his house – to attend pre-season training.

Carlin was on the books of Kildrum Tigers, then the reigning Donegal League Premier Division champions, and was wary of making the step. Carlin, though, took the chance and he’s just completed his first season in the League of Ireland.

“I wasn’t too sure if I’d go over or not, but my da (Declan) says to me to go over and just see how I got on,” Carlin tells Donegal Daily/Donegal Sport Hub now, 10 months on.

“I walked into the dressing room and knew no-one. It was an eerie enough feeling.

“We were doing a job for Des. We got chatting about football and he was asking away who I had played for. He’s good friends with Pat Devlin and mentioned to me about coming in to train. It was a case of just going in to see what I was like and taking it from there.”

Two weeks ago, Carlin played at United Park as Cabinteely lost out to Drogheda United in the First Division play-off second leg. The reward would’ve been a two-legged joust with Finn Harps, whom Carlin played for at underage level. 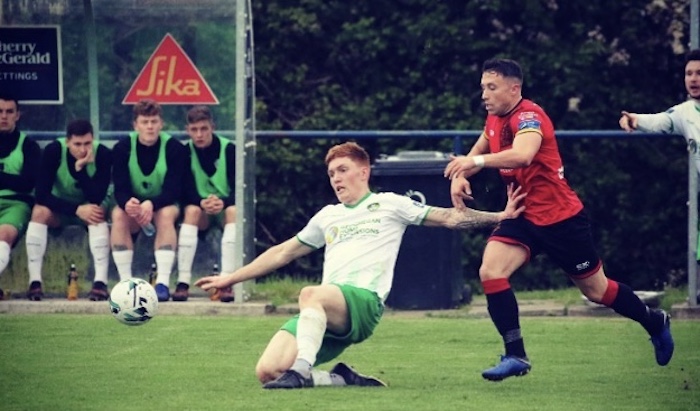 Jonny Carlin in action for Cabinteely

Carlin featured for an hour of a pre-season game against Bohemians and Pat Devlin, Cabinteely’s Director of Football, snapped his signature.

His debut game in a 1-0 win against Drogheda United in the EA Sports Club and his League of Ireland debut came in a 4-1 win at Drogheda.

“I sort of just took it in my stride,” Carlin says.

“Whatever came at me, I just dealt with it. Thankfully, everything fell into place for me and I put in good performances. Anytime I was out, it was due to picking up wee niggles.

“I think the transition from junior to senior and the pace and the fitness caused those wee knocks.

“The step from junior to senior is massive. It is underestimated. The League of Ireland is a far better standard than people at junior level might think it is.”

Just a few months earlier, he was helping Kildrum to a Premier Division and Brian McCormick Cup double. Indeed, it was a last-gasp Carlin equaliser that took the Cup final against Kilmacrennan Celtic to extra time before the Tigers prevailed on penalties. 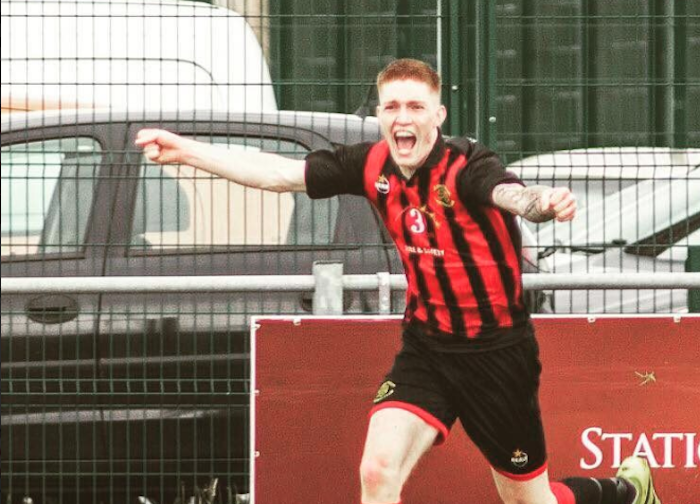 A native of Killygordon, Carlin is a talented sportsman. In the latter months of 2018 he helped Red Hughs to Ulster and Donegal Junior Championship titles. A magnificent goal against Limadvady in the Ulster final proved that game’s telling score. He has also dabbled in hurling and has played successfully at senior level with Setanta, too.

He impressed enough to get his place when available.

“It all just came at me at once,” admits.

“I must have caught the eye well somewhere along the way.

“Pat is unbelievable. He took me in at first and told me he couldn’t guarantee me first team football, but told me to keep the head down. He said he felt I had the ability to play, but that I had to work hard.

“Des was brilliant too. He really helped me settle in at the club and he was only ever a phone call away.” 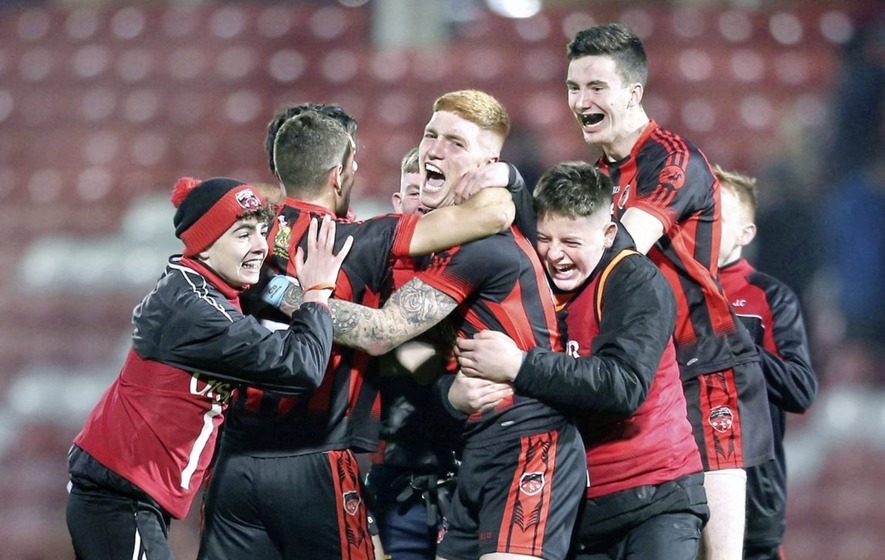 The season, though, wasn’t all rosey.

In a game against Cobh Ramblers that Carlin twisted a knee, tearing a ligament. The damage, mercifully, wasn’t as bad as first feared, but he missed a large swathe of the season as a result.

He got back in for the second leg of the play-off, but he was in some dark corners during those weeks of inaction.

“When I was out injured I just wanted to be back training and having the craic with the boys,” he says.

“When you’re out you feel excluded and don’t feel apart of it as much as you do when you’re playing and training regularly.

“I think it’s something that needs be addressed when you get to playing at a high level of any sport that there is somebody on the side to guide your through and back to full health – mentally and physically.

“It was tough in both ways. The boys are out training and you’re sitting there watching, dong rehab. That takes a toll mentally on you.

“I was out for three months and that was tight going. It was hard to get back in.

“I got half-an-hour against Cobh when I got back. I went on a wee holiday and came back and just said I’d burst myself to get back in. I trained flat out for the last four weeks and got my chance.”

The play-off was his tenth League of Ireland start of the term.

Cabinteely, much like Carlin, were a surprise package in 2019, with few having given consideration to them reaching the play-offs at the outset.

He says: “We have a very young panel with four or five 18-year-olds. It’s probably a wee bit inexperienced.

“I was disappointed with the result against Drogfheda. I thought we could have got the result and got back to Finn Park. Overall, it was a successful season and we had a great buzz getting to the play-offs.”

He takes learnings, in so many ways, from his maiden voyage into senior football and has come out of it, you might say, with 2020 vision.