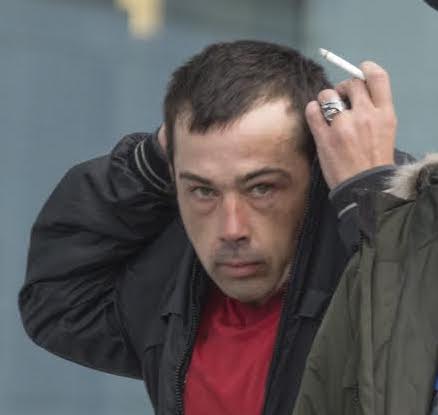 A DONEGAL man has pleaded guilty to a series of charges that include endangerment after driving intentionally into a Garda car while he was over three times the legal drink-drive limit.

John Tierney, with addresses at 10 Brandon Park, St Johnston, and 33 Celtic Apartment, Pearse Road, Letterkenny was before Letterkenny Circuit Court to face a number of matters.

The charges state that Tierney intentionally or recklessly drove his vehicle, a Mazda 3, in the direction of Gardaí before colliding with a stationary patrol car.

Tierney also faced charges of criminal damage to the patrol car, driving without a licence, driving without insurance and drink driving. Tierney had a blood-alcohol reading of 161mg of alcohol per 100ml of blood, over three times the legal limit.

The defendant spoke only to plead guilty.

Tierney was also before the same court on other charges.

The 30-year-old was arraigned for robbery of a woman on 24 February, 2016 at Courtyard Shopping Centre, Letterkenny, where he stole items including a coat, a purse, a credit card, a bank card, €40 cash and £40Stg, while subjecting the woman to force. Tierney pleaded guilty.

Tierney also pleaded guilty to a Robbert on 26 February, 2016, at the car park of the Courtyard Shopping Centre, Letterkenny, were he stole items including a black holdall black containing a tracksuit, white shorts and Sketchers runners, while subjecting a woman to force.

Judge John Aylmer adjourned the case until the next session of Letterkenny Circuit Court.