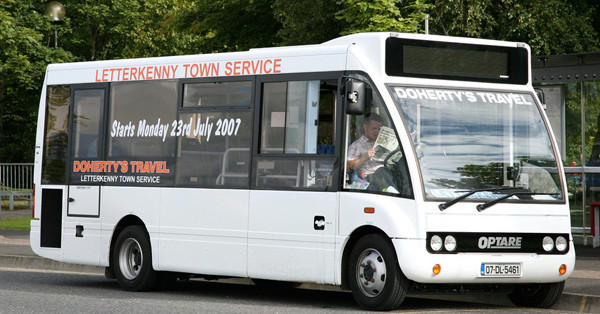 Letterkenny councillors are seeking a meeting with the operator of the Letterkenny Town Bus over issues with the route and service.

A number of concerns about the local bus were highlighted at this month’s council meeting, while Cllr Gerry McMonagle claimed that the entire Long Lane area was being denied access to the service due to a past incident.

“The operator is insisting that he won’t go up Long Lane and that’s exclusion,” Cllr McMonagle said.

“A number of years ago there was a window broke on one of the buses on Long Lane by a young lad and there hasn’t been a recurrence.

“There is no reason why this gentleman should be allowed to deny a large number of people because a window was broke four years ago.”

Cllr McMonagle also questioned whether the operator is legally allowed to avoid a road under the licence granted by the local authority.

Cllr Ciaran Brogan proposed that the council members meet with the operator to share the concerns of local residents who want to see the service improved.